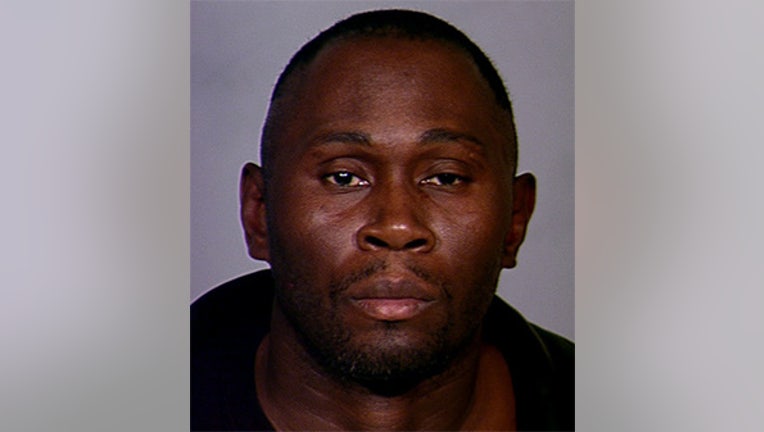 MILWAUKEE (WITI) -- Police are now searching for 42-year-old Anthony Bradley of Milwaukee in connection with a fatal shooting that occurred near 80th and Bender Ave. early Friday morning, December 5th.

A 33-year-old woman, who police identify as Karen Bradley, was shot and killed around 1:45 a.m. during what investigators believe to be a domestic dispute.

"The gun shot was too close," said Lorraine Lee, neighbor of the victim.

Lee says she was still awake when she heard screams and then a gun shot.

"I hit the floor and I crawled to the door. I opened the door, and I seen, and I was like, oh my god," Lee said.

Police say the 33-year-old victim lived in Lee's complex. They say the incident appears to have started in the early hours of Friday morning.

Police say the suspect, Anthony Bradley, has a lengthy criminal record which includes dozens of arrests. Bradley is a convicted felon who is currently on probation for a drug offense. He has convictions dating back to 1990 that include felony drug possession and felony escape from criminal arrest.

The victim's children have been posting on their mother's page -- leaving heart-wrenching comments about how much they miss her.

A little further down on the victim's Facebook, is a post made by the suspect shortly after the shooting. It reads in part "lord knows I loved you to death u played to many games" and "I'm sorry for real she caused it."

A neighbor across the street says he also heard the shot and an argument right before it.

"They were screaming pretty loud. I didn't hear what they were saying but yea. We heard yelling and a gunshot and that's all we heard, and then little girls screaming and running," said Chee Meng Xoing.

Shortly after, Xoing says he saw the girls run out, he says a man followed.

"He comes outside, he checks his gun," said Xoing.

At the time he didn't know what he was watching unfold, but says now the stark reality of it is finally hitting him.

"I get kind of paranoid. Because the gentleman who shot the lady, I don't know where he is or what's going on. Every time I come outside I get that paranoid feeling," said Xoing.

Officials say Bradley should be considered armed and dangerous. Anyone with information about Bradley's whereabouts should not confront him -- and immediately call 911.