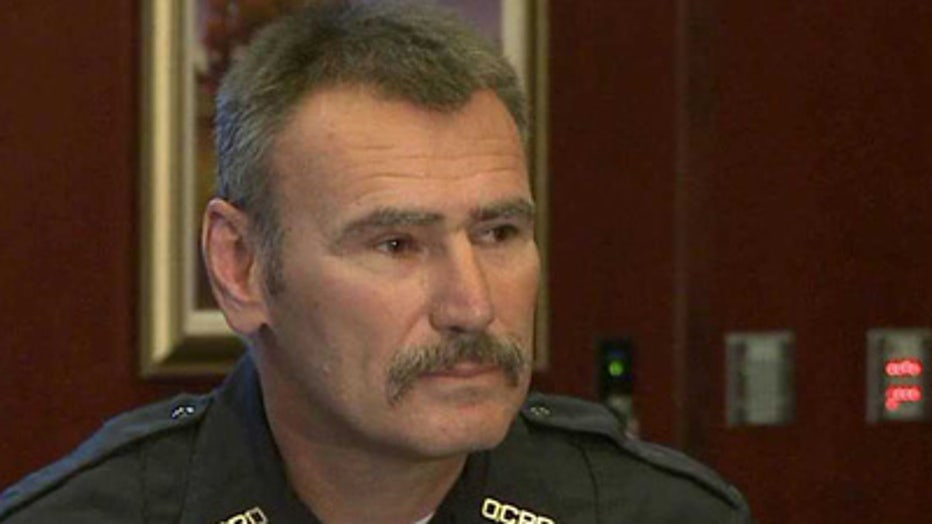 The dashcam video shows Oak Creek Police Officer Sam Lenda pulling up on the scene at the Sikh Temple. He saw Wade Page running around in the parking lot at the Sikh Temple and backed off. After assessing the situation, Officer Lenda grabbed his squad rifle, an AR-15. Page had been firing upon Lenda’s squad — and even struck the windshield. Moments later, Lenda fired his squad rifle at Page, striking the suspect. Lenda indicated he fired six rounds. Moments after this exchange, Page shot himself in the head.