OAK CREEK -- Oak Creek police released on Monday, September 10th the police dashcam videos from two squads taken the day of the Sikh Temple shooting, Sunday, August 5th. Officials released two clips of video -- about three to four minutes in length. Officials said releasing the video was important, so the public could see what went on that day.

The first responders on the scene, including Lt. Brian Murphy and Officer Sam Lenda are being described as courageous, heroic and responding in textbook fashion, despite the fact a shooter was actively firing rounds right at them.

The first clip released was dashcam video from Lt. Murphy's squad. It shows Lt. Murphy arriving on the scene. He exits his squad and checks on two victims from the temple in the parking lot. Moments later, he notices Wade Page walking around the parking lot with what appears to be a gun. Page fires upon Murphy and he is struck. The shot goes through Murphy's cheek and throat. Page closes in on the wounded officer. Murphy takes aim at Page. But Page fires a shot that knocks the gun out of Murphy's hands.

New information indicates 15 rounds were fired upon Lt. Murphy. Officials say 12 of the rounds struck Lt. Murphy and the other three struck his protective vest. Murphy is now at home, recovering from this wounds. 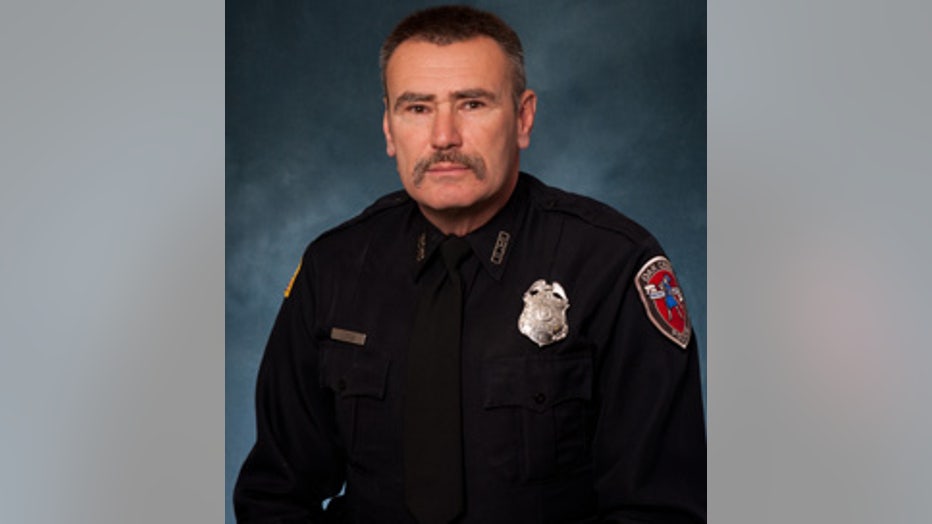 The second clip shows dashcam video from the squad of Officer Lenda. Officials say Lenda distracted Page away from Lt. Murphy, most likely saving his life.

The dashcam video shows Lenda pulling up on the scene at the Sikh Temple. He saw Page running around in the parking lot at the Sikh Temple and backed off. After assessing the situation, Officer Lenda grabbed his squad rifle, an AR-15. Page had been firing upon Lenda's squad -- and even struck the windshield. Moments later, Lenda fired his squad rifle at Page, striking the suspect. Lenda indicated he fired six rounds. Moments after this exchange, Page shot himself in the head.

"It is from my perspective compelling evidence to show Lt. Murphy and Officer Lenda were both justified in privilege in their use of force when they confronted Mr. Page at the Sikh Temple. Beyond that and further, their courageous and timely actions were necessary to prevent further tragedy," D.A. John Chisholm said.