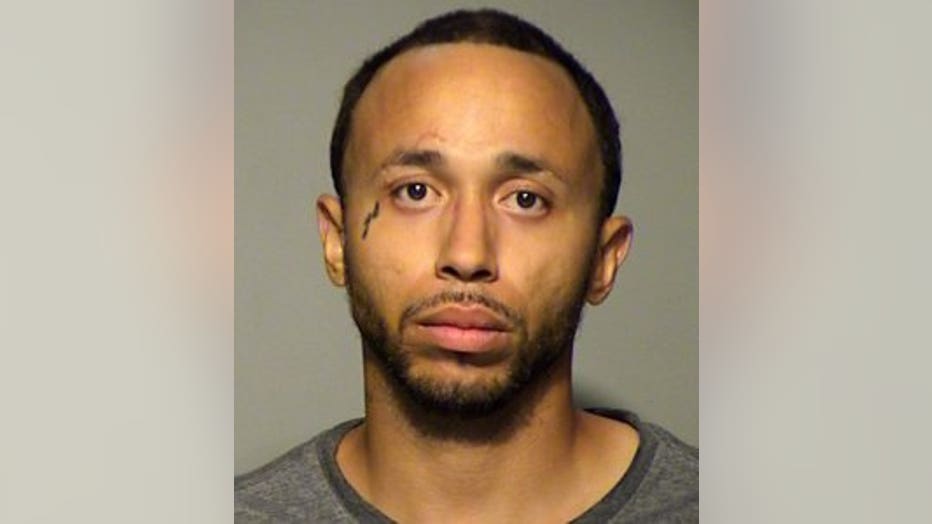 Police records showed Dante James, 34, was arrested near the scene of the crash less than an hour after the crash happened -- for homicide by intoxicated use of a motor vehicle.

Witnesses said the driver of a Chevrolet Monte Carlo blew a red light at a high rate of speed, traveling through the intersection and striking Her. Her was driving southbound on N. 60th Street after his shift.

"The suspect was traveling at a high rate of speed and crossed the intersection through a red light when he struck Officer Her," said Milwaukee Police Chief Alfonso Morales.

While police did not identify the striking driver, who was arrested, Chief Morales did offer some clues.

"He is 34 years of age. A Milwaukee resident. He has four OWI convictions in the state of Wisconsin, and his most recent in May 2017. He is on probation for that one," said Morales.

"Somebody made a choice. A choice to drive through a red light and take the life of a public servant. Another public servant gone," said Alderman Cavalier Johnson.

A FOX6 Investigation found the man had just been stopped for speeding on April 28 at 60th and Nash, two blocks south of Tuesday's fatal crash scene. He was fined $174. According to online court records, his driver's license was revoked for three years. There was no indication he was ticketed or criminally charged for driving while revoked.

When he was stopped for speeding on April 28, he got a $10 ticket for driving without insurance.