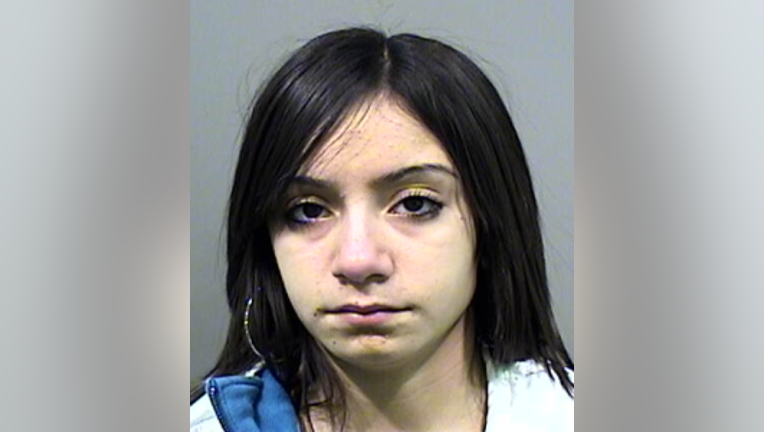 RACINE COUNTY -- A Racine woman has been charged on five total counts -- including battery to a law enforcement officer. Police say she "mule kicked" three different officers during her arrest.

According to a criminal complaint, police responded to a fast-food restaurant drive-thru after reports of two people possibly experiencing a drug overdose in a car on Dec. 13, 2019. When officers arrived and attempted to perform field sobriety tests, a passenger in the car -- identified as 24-year-old Yessenia Arizmendi -- was glassy-eyed, had slurred speech and appeared "highly intoxicated."

The complaint states that Arizmendi refused officers' orders to get out of the car. Later, while police were conducting a field sobriety test the driver, Arizmendi opened and refused to close a car door -- at one point placing her foot on the door so that officers could not close it. Officers repeatedly advised her that she was interfering with the investigation because the open door was in the area in which officers were conducting the test. When officers eventually closed the door, Arizmendi began striking the window of the door. Officers then removed her from the car.

Arizmendi began swearing and calling officers "pigs" while still refusing to comply, the complaint states. When being removed from the car, she began screaming "don't touch me" and began thrashing, eventually kicking an officer in the thigh. Officers then pepper-sprayed and handcuffed Arizmendi. While handcuffed, she began kicking again and hit a second officer in the groin and a third officer in the thigh. All three officers had to carry her to the transport van, the complaint states.