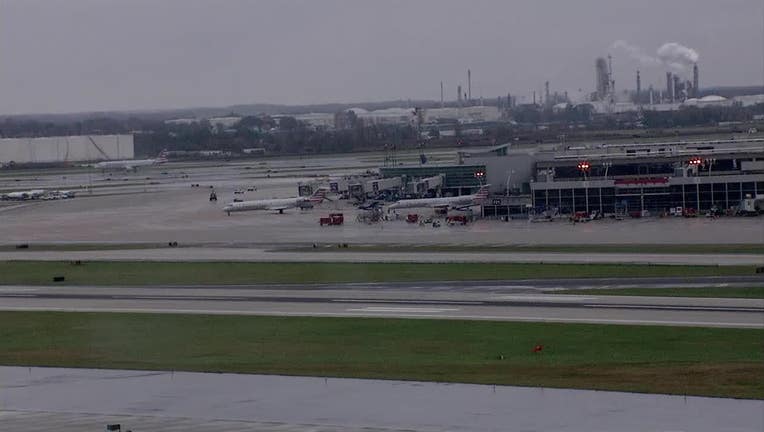 PHILADELPHIA - A man was taken into custody at the Philadelphia International Airport Thursday morning after officials said he was behaving erratically and was making "alarming statements" during a flight.

The incident occurred around 9:20 a.m. on American Airlines Flight #2392 from Orlando to Philadelphia.

A spokesperson for American Airlines later clarified that the man did not actively try to access the flight deck area, but said he exhibited "erratic behavior" and was making "alarming statements."  Philadelphia police had previously stated the suspect had attempted to break into the cockpit area.

Upon investigation, police said the man asked a flight attendant to speak to the pilot roughly 80 miles away from Philadelphia International Airport. The man reportedly ran back to his seat where a flight attendant and passenger sat with him until the plane safely landed.

After being placed under arrest, he was taken to an area hospital by emergency responders. No charges have been filed, according to police.

"While on approach into Philadelphia International Airport (PHL), the crew onboard flight 2392 traveling from Orlando (MCO) became aware of a customer exhibiting erratic behavior and making alarming statements. The cabin crew took precautionary measures and monitored the customer who remained seated for the remainder of the flight. Upon arrival at the gate, Philadelphia Police met the aircraft and placed the individual in custody."