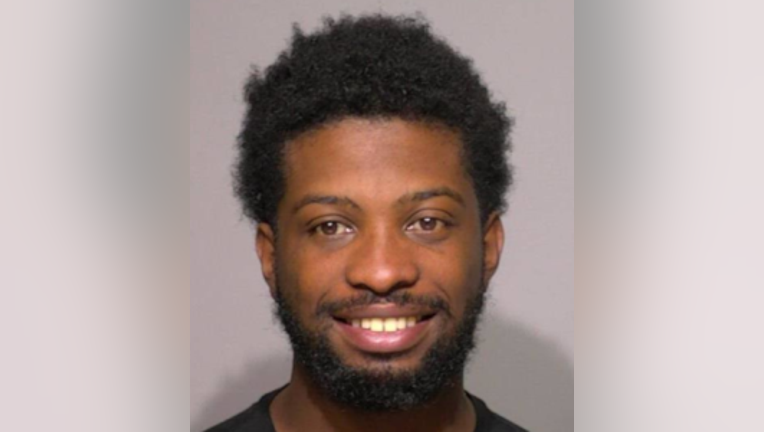 MILWAUKEE -- A Milwaukee man has been charged in connection to a fatal June 6 shooting on the city's north side.

Trasean Thomas, 30, faces charges on one count of first-degree reckless homicide, as a party to a crime, use of a dangerous weapon and one count of possession of a firearm by a felon.

According to a criminal complaint, officers found the victim dead in the driver's seat of a car that was stopped on the sidewalk near 50th and Center. Investigation revealed that the shooting happened while the victim was traveling down 50th Street. As a result, the victim lost control of the vehicle which continued east onto Center, jumped the curb and crashed into a building before continuing down the sidewalk and crashing again before coming to a stop.

Detectives noted approximately seven bullet holes in the driver's side door of the victim's vehicle. The victim had numerous gunshot wounds to his left arm, chest and right arm. Several fired bullets were found around and under the victim. An autopsy found that the victim suffered 15 gunshot wounds caused by eight different gunshots; the death was ruled a homicide.

A witness told police that, prior to the shooting, he saw the victim's vehicle parked near 50th and Center and a man, who had been standing on the driver's side of the vehicle, pull out a handgun and begin shooting at the victim's car. The witness said the car drove up Center, turned east and he heard a crash. The witness also told police that he heard someone inside a nearby SUV tell the shooter to "hurry up," saw the shooter pick up casings from the street and run to the SUV -- which then pulled off.

The shooter was later identified as Thomas.

A second witness told police that he heard gunshots and saw the victim's car crash into a building on Center Street. The witness identified Thomas as having run away from the area and before getting into a vehicle. According to the witness, Thomas was the only person out on the street at the time of the incident.

Video surveillance from multiple nearby businesses and a Milwaukee County Transit System bus captured parts of the incident on tape.

The complaint states that a vehicle matching the one described by the first witness as the suspect vehicle arrived near the scene several hours before the shooting took place. During that time, surveillance shows Thomas getting in and out of his vehicle several times. Approximately 45 minutes before the shooting, the victim's vehicle pulls up and parks one vehicle behind the shooter's on 50th Street.

An MCTS bus camera caught the suspect vehicle license plate number, which led police to a rental car location. There, police determined that the car was rented by Thomas.

Two days after the shooting, police spotted the vehicle and subsequently arrested Thomas.

A preliminary hearing in the case is scheduled for June 24.