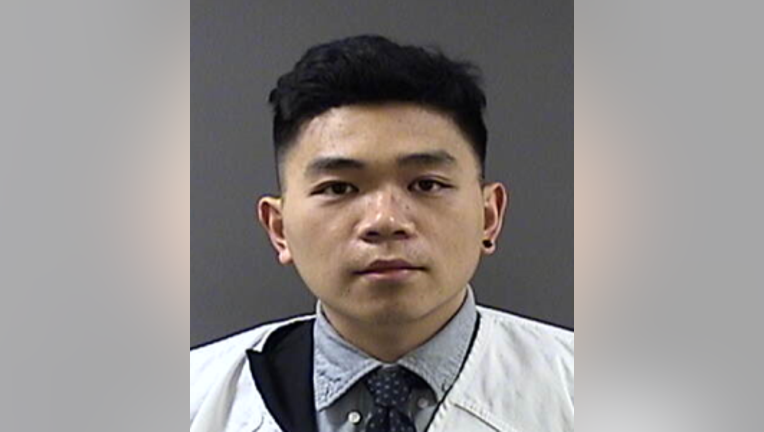 CALEDONIA -- A 25-year-old Michigan man has been charged with felony theft-false representation after he falsely identified himself as a warrant officer and stole $4,000 from a man in Caledonia.

According to a criminal complaint, Xinfeng Zhu identified himself as a warrant officer named "David Wiseman" in a phone call to a man from Caledonia on March 8, 2018. He claimed that the man's grandson was arrested for drug charges and had a bond set of $4,000. A second person then called the man, claiming to be the grandson, and confirmed the case. However, the man's grandson denies ever asking for money.

The complaint states that Zhu, as "Wiseman", told the man to buy four Target gift cards worth $1,000 and call him back with the access code for each gift card.

Officers contacted Target and confirmed that all of the gift cards were spent at different stores in multiple states, the complaint says. One was used in North Carolina and the other three in Cincinnati. Through an investigation, officers connected Zhu and another suspect with incidents in the city of Greece, New York and the state of Michigan. Those incidents involved the same tactic to get gift cards from elderly people.

Zhu is due in court for a preliminary hearing on March 4.