MENOMONEE FALLS -- Menomonee Falls police are asking for the public's help to identify two people accused of stealing a cartload of goods from Woodman's Foods. The theft happened on Saturday, Dec. 29.

According to police, shortly after 11:30 p.m., a man and woman left the store with a cart full of merchandise from the Woodman's located on North 124th Street. The pair fled in a silver Lincoln SUV with no license plates. 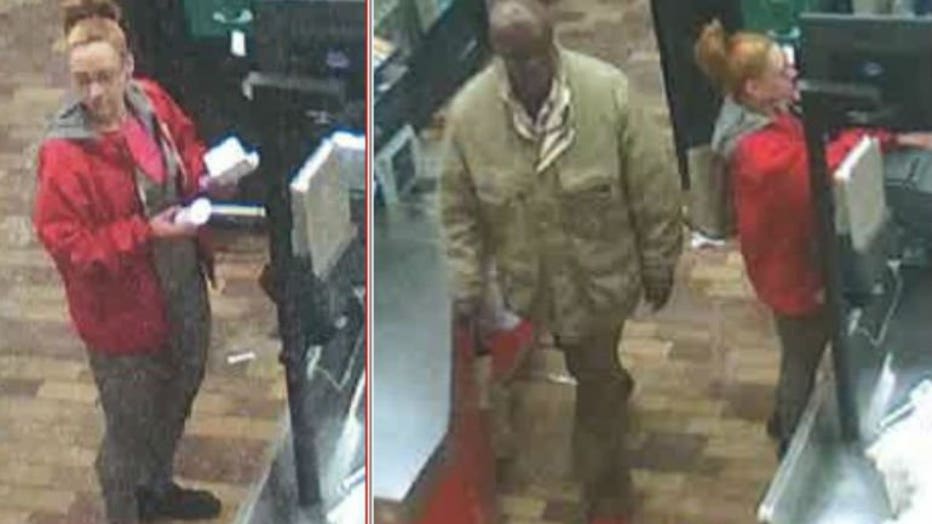 Theft at Woodman's in Menomonee Falls

Authorities describe the other suspect as a male, black, age 50-55, standing 6'00-6'2", weighing 250 pounds with a bald head and goatee. He was last seen wearing a tan jacket, brown pants and red shoes.

Anyone with information related to this theft or the suspects in the attached photos is asked to contact the Menomonee Falls Police Department at 262-532-8700.