PLEASANT PRAIRIE (WITI) -- The Kenosha County Sheriff's Department and Pleasant Prairie police executed search and arrest warrants at a 39-acre farm on 128th St. around 8 a.m. on Tuesday, April 30th. It's the same farm that had more than 20 horses removed on April 9th after officials received a report of possible animal mistreatment.

In a news conference held Tuesday afternoon, Pleasant Prairie Police Chief David Smetana indicated the warrants were executed after tests on horses that died at the farm came back showing the animals had starved to death.

Chief Smetana indicated officials were on the site trying to round up the rest of the animals on the farm. They include numerous fowl, sheep and goats. Officials have not found any more dead animals. However, they do have reason to believe there may be carcasses buried on the property.

Later on Tuesday, five cats, three rabbits, three kittens and a dog were taken to the Safe Harbor Humane Society. Sheep, goats, ducks and geese were taken to another shelter.

David White, and his wife, Paula own the property on 128th St. The two were taken into custody. Each now faces a felony charge of animal mistreatment leading to death and felony party to a crime. If convicted they each face up to three-and-a-half years in prison and $10,000 in fines. The two are expected in court on Wednesday, May 1st.

During the execution of the earlier April 9th search warrant, five deceased horses were located in barn stalls -- and 24 more horses were determined to be in poor condition and removed from the farm for their welfare.

Neighbor Shirley Keene-Gefvert says she is relieved the animals are now in safe hands.

"We had called the sheriff`s office, our dog walker had called. We would see the horses and they were skinny. You could see the ribs coming through and we`re just like this is horrible. They really need to get out and be with loving people," Keene-Gefvert said. 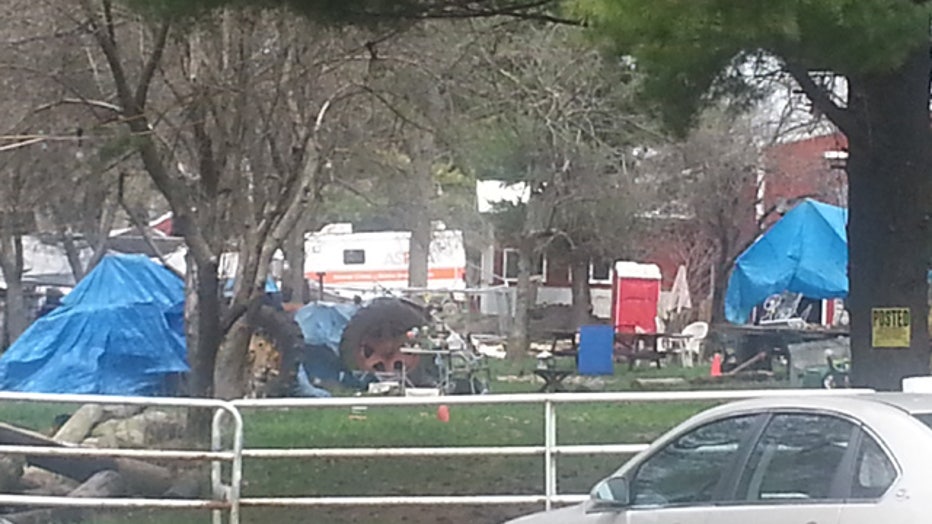