Two police officers responded to the lobby and the suspect was shot after he exchanged gunfire with officers.

PLANO, Texas - Police said officers shot an armed man linked to a murder in Garland after he entered Plano Police Department headquarters Sunday afternoon and fired at people in the lobby.

According to police, a man in a black shirt and mask was reported to be acting erratically outside the police headquarters located at 909 14th Street.

He went into the lobby, before leaving, and then later returned to the lobby with a gun.

Police said he fired in the direction of a civilian police employee who was assisting someone in the lobby. They were not injured and managed to take shelter in a room.

Two police officers then responded to the lobby and the suspect was shot after he exchanged gunfire with officers. No further details about the shooting were released.

"And officers that were actually located inside the police department at that time heard the shot, heard the commotion going in the lobby. They confronted the suspect and exchanged gunfire, striking the individual," explained Jerry Minton, with the Plano Police Department.

The suspect was taken to a hospital. His condition is not known at this time. 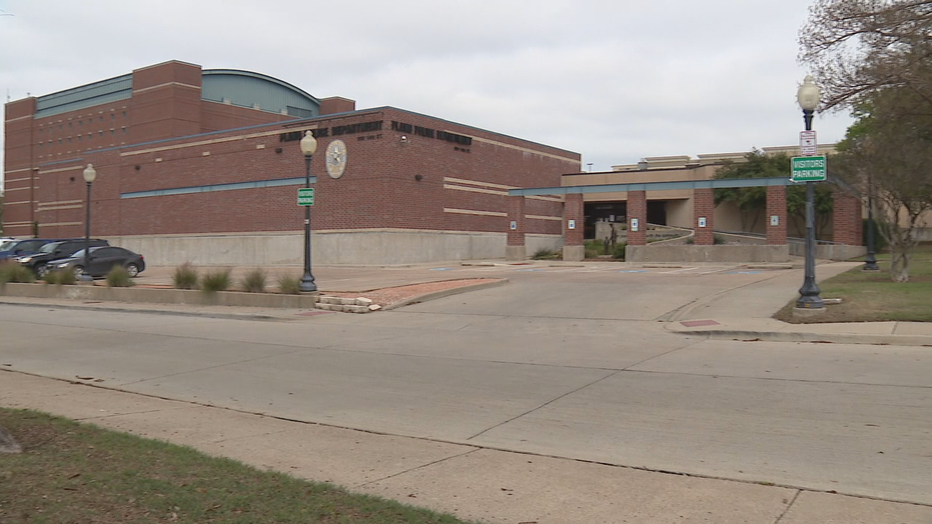 Police said this suspect was connected to a murder in Garland.

The murder in Garland happened just before noon, when police were called to the 400 block of Forest Gate Drive.

Responding officers found a woman who had been shot. She was pronounced dead at the scene.

Investigators found she was a Lyft driver and she was going to give someone a ride when she was fatally shot. The suspect stole her vehicle.

Police are still working to find out what led up to the shooting.

Garland police learned of the shooting at Plano PD headquarters, and the Lyft driver’s stolen vehicle was at the scene.

"What could have been a horrific tragedy was avoided, thanks to the swift and effective action of our Plano police officers. Chief Drain reports a man walked into our police headquarters building and fired a handgun. I applaud the response of the officers who responded who stopped a dangerous situation from taking a deadly turn. that could have taken a turn for the worse, if not for their response," Plano Mayor John Muns said in a statement.

This is being investigated by the Plano Police Crimes Against Persons Unit and the Collin County District Attorney’s Office, along with Garland PD.

The names of those involved have not yet been released.