Brothers involved in crash in Germantown

Brothers involved in crash in Germantown

GERMANTOWN -- Five brothers were hurt in a rollover crash on I-41 southbound near Holy Hill Road in Germantown. It happened on Wednesday, May 29 around 4:45 p.m.

According to Germantown police, witnesses reported the driver of a speeding Buick lost control, and the vehicle rolled several times.

According to police, three of the passengers were ejected from the vehicle in the crash. 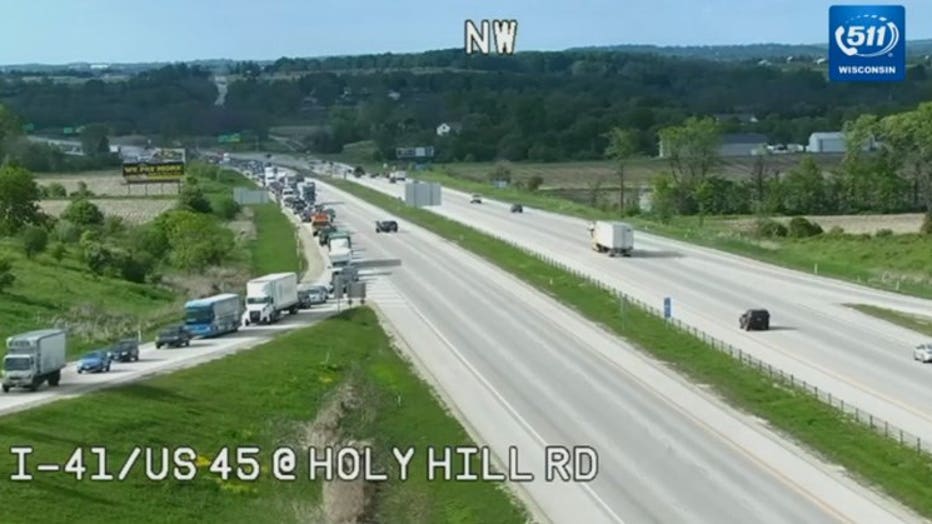 The victims were transported to Children's Hospital for treatment. Officials said some of the brothers reportedly sustained serious injuries.

No other vehicles were involved in the crash.

Germantown police were assisted at the scene by the Germantown Fire Department, and ambulances from Menomonee Falls and Richfield.

The crash closed all lanes of I-41 southbound near Holy Hill Road, and drivers were diverted off the highway. It was reopened shortly after 6:45 p.m.