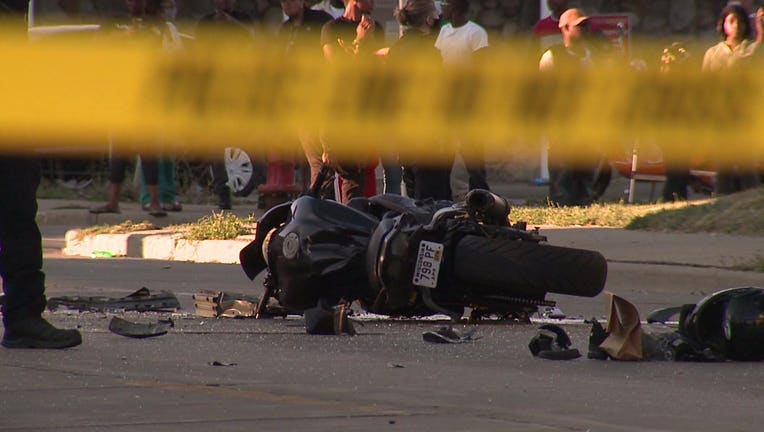 Scene of motorcycle accident near 35th and Lloyd

MILWAUKEE - A 36-year-old man was killed in a motorcycle accident near 35th and Lloyd on Tuesday, Aug. 18.

Police said it happened just after 5 p.m. when the man's motorcycle crashed into another vehicle that had made a left turn in from of him. His injuries were ultimately fatal.

The driver of the other vehicle remained at the scene.