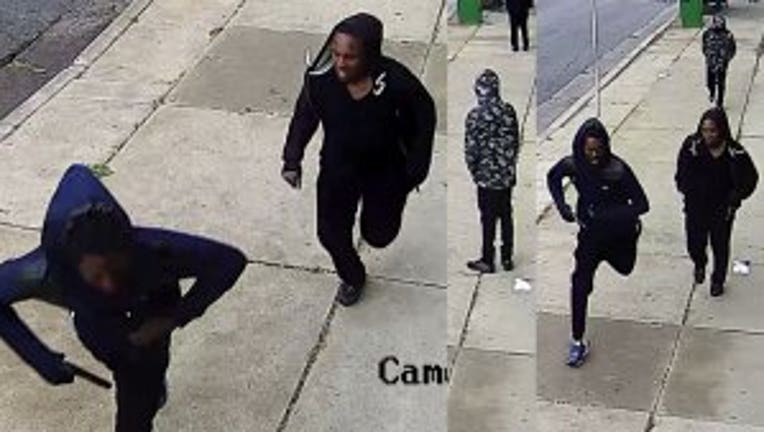 The three suspects are described as the following:

Suspect #1: Male, black, with facial hair, wearing a dark blue hooded jacket with black patches on the top of the shoulders and black trim on the hood opening, and a logo on the left chest area, royal blue tennis shoes with a white logo on the tongue and white trim on the sole and dark pants. He was armed with a dark pistol.

Police said as the suspects arrived in front of the business shortly after 9 a.m., Suspect #1 entered the store while Suspects #2 and #3 remained outside as look outs. After the robbery, all three suspects ran eastbound and then north through yards out of the camera view.