MILWAUKEE -- Police are seeking two suspects that fled the scene of a two-vehicle rollover crash in Milwaukee on Thursday morning, June 29th.

The wreck happened at 7:45 a.m. at Sherman and Florist. Officials said two occupants of one of the cars, which had been reported stolen, fled the scene.

Neighbors told FOX6 News the driver of the overturned car ran a red light on Sherman -- and two people in that car ran from the scene. 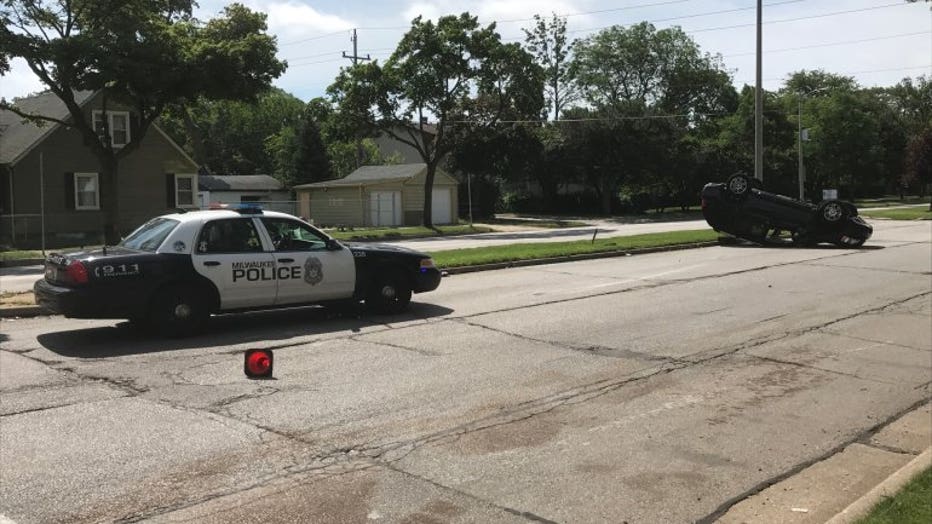