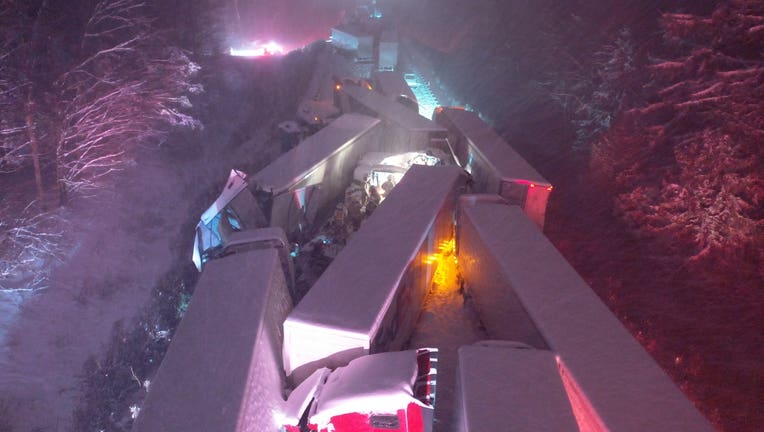 LOCK HAVEN, Pa. - Police say a crash involving dozens of vehicles on an interstate in central Pennsylvania has claimed the lives of two people.

State police said the crash was reported Wednesday afternoon in the westbound lanes of Interstate 80 in Clinton County between the Loganton and Lock Haven exits.

Police said initial reports indicated that the crash involved 30 to 60 vehicles with multiple injuries including two fatalities. Police later confirmed a total of 66 vehicles were involved in multiple crashes along the one-mile span.

One fatality was confirmed as a result of the crash, and State Police say a second person died following a medical issue that was not related to the crash.