Police: 17-year-old was `racing` before crashing into porch

Police: 17-year-old was `racing` before crashing into porch

MILWAUKEE -- A 17-year-old boy was taken into custody late Sunday night, March 1 after crashing into a porch on Milwaukee's south side while racing another driver, police said. The crash prompted evacuations.

According to police, just after 11:30 p.m., officers observed two vehicles traveling at a high rate of speed northbound through the intersection of 16th Street and Lincoln Avenue.

As officers attempted to turn their vehicle around, they observed a speeding driver had crashed into the porch near 16th and Grant.  The striking vehicle also caused damage to an additional porch on that block.

A neighbor sent us the pictures below -- showing the damage to the porch of a home. 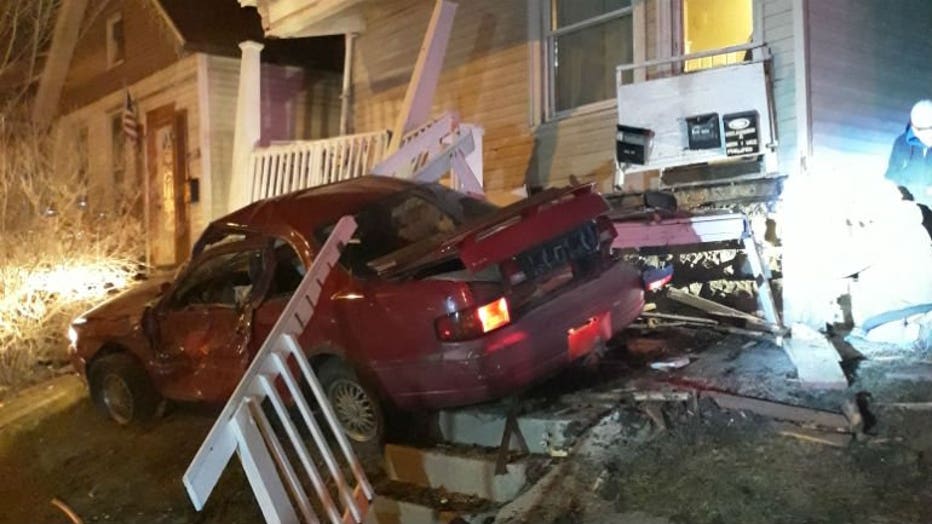 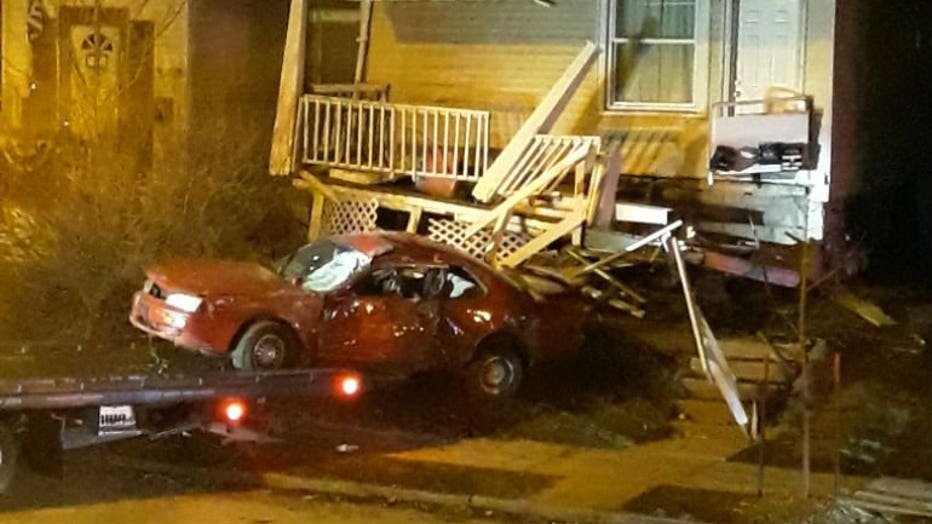 Crash near 16th and Grant in Milwaukee 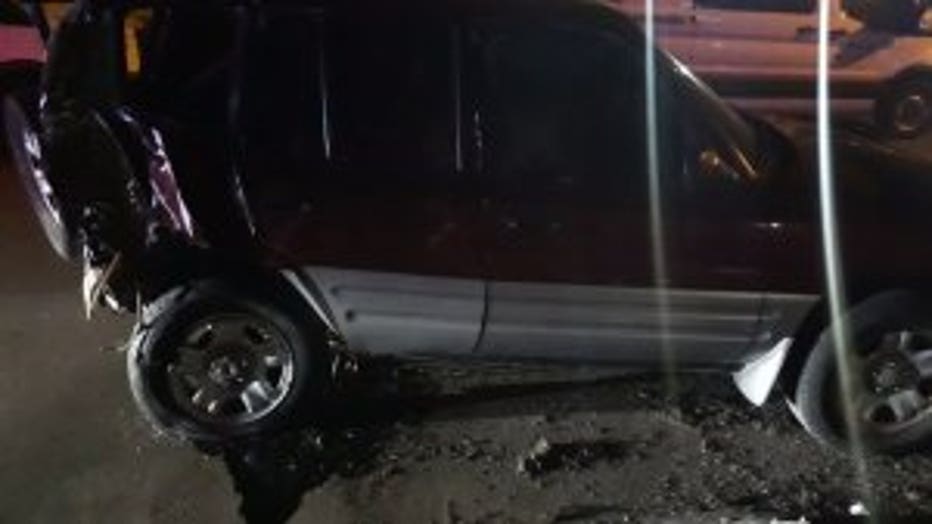 The 17-year-old driver admitted that he was racing another vehicle, police said. He was arrested.

"He hit my car, and the stairs of the neighbor, and he broke the line gas pipe," said Acosta.

Acosta said the air filled with gas, and the home was evacuated for about three hours.

Two other vehicles were damaged, in addition to the two porches that were struck. Acosta said his car was totaled.

"They have to put speed bumps or something in the middle, 'cause it always happens here," said Acosta. 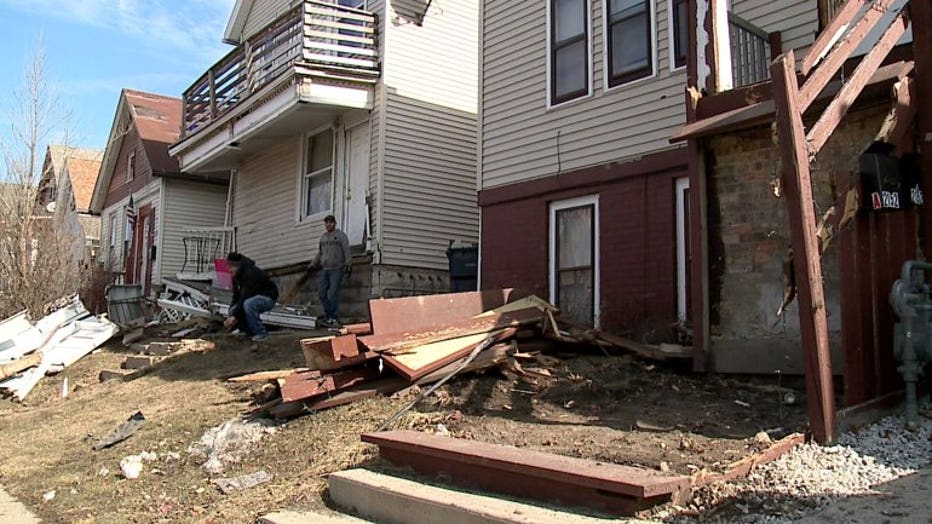 Two occupants in the striking vehicle were transported to a hospital with injuries that were not life-threatening.