Plywood becomes artwork after days of protests in Wauwatosa

Tabal Chocolate and many other businesses have partnered with artists to convert messages of love and a call to action after what happened in the community.

Tabal Chocolate and many other businesses have partnered with artists to convert messages of love and a call to action after what happened in the community. 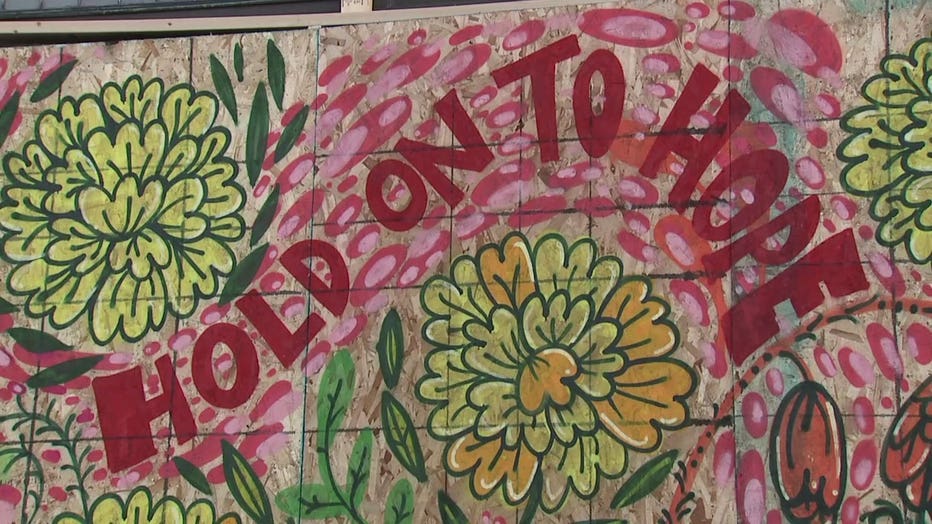 With plywood nailed tight outside his store's windows, Dan Bieser just wanted to play it safe in the Wauwatosa Village.

"It was a stressful week last week, I think just because of the uncertainty. Just not knowing what could happen," Beiser said.

To shop inside, customers have to come around back -- making last week a tough one for sales at Tabal. 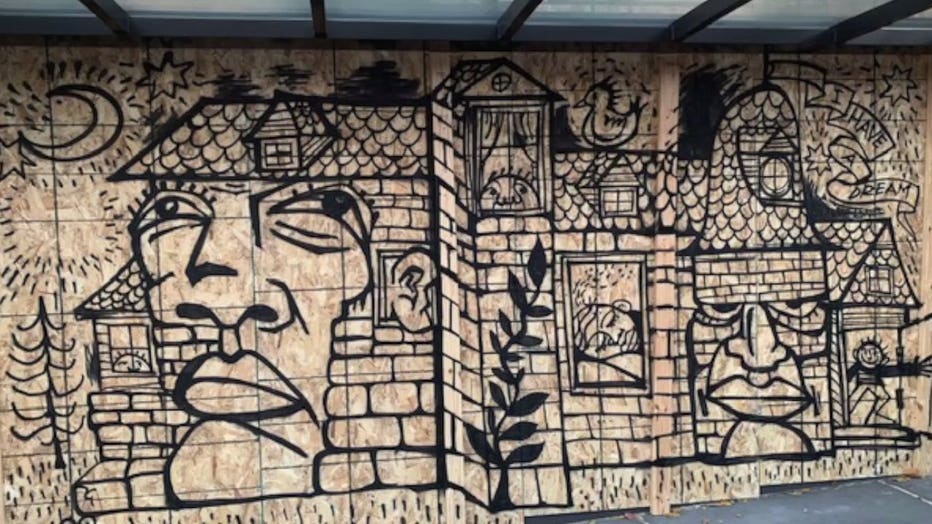 Now, the plywood plays a bigger role than just protection. It's art, featuring spray-painted flowers, glimmers of sunshine and warm messages is part of an overall effort to bring the community back together.

"We're hopeful that the marches will bring change and peacefulness," said Bieser.

Peace and change are just part of the message that artist John Fleissner tried to convey through spray paint. 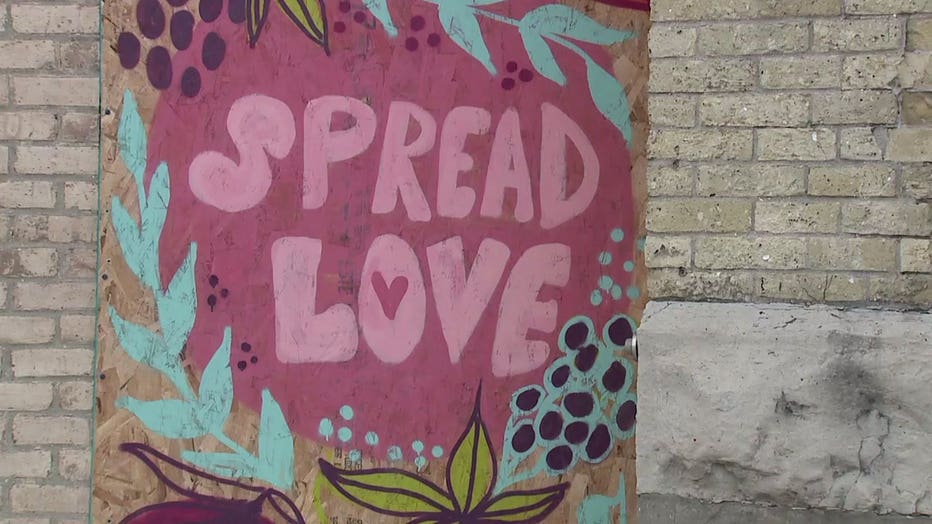 "Muralism really brings to life and starts a lot of conversations. It certainly has around here," Fleissner said.

However, the artist said the true aim of his work is more than unity and conversation. Instead of moving past the protests, he's hoping to turn words into action as well. 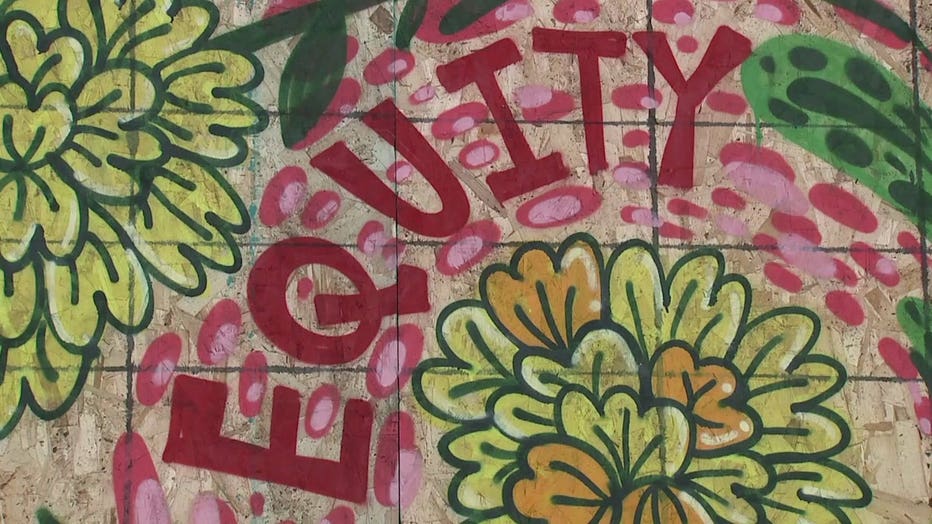 Bieser said he and other business owners expect to take the plywood down on Wednesday so they can get back to business.

However, he added that they are looking to auctioning off the art and donating the profits to a nonprofit focused on social justice.

'The Hemp Professors,' blocks from Wauwatosa, damaged during protests

Damien Johnson said Monday those at The Hemp Professors, a minority-owned business, aren't focused on the damage, but rather, just as his business is aimed at educating people on hemp and CBD, he sees an opportunity for change.