MILWAUKEE -- The shooting of Sylville Smith sparked days of unrest in Milwaukee's Sherman Park neighborhood -- the area where he was shot. Businesses were burned, and other buildings and vehicles were damaged during two nights of unrest last August. After a not guilty verdict was handed down against the former officer charged in connection with Smith's death on Wednesday, June 21st, Milwaukee Police Chief Ed Flynn ordered numerous squads to Sherman Park.

There was a small, growing crowd that gathered Wednesday, June 21st near the tree where Sylville Smith was shot on August 13th after the acquittal of Dominique Heaggan-Brown, the former Milwaukee police officer who shot Smith during a foot pursuit. 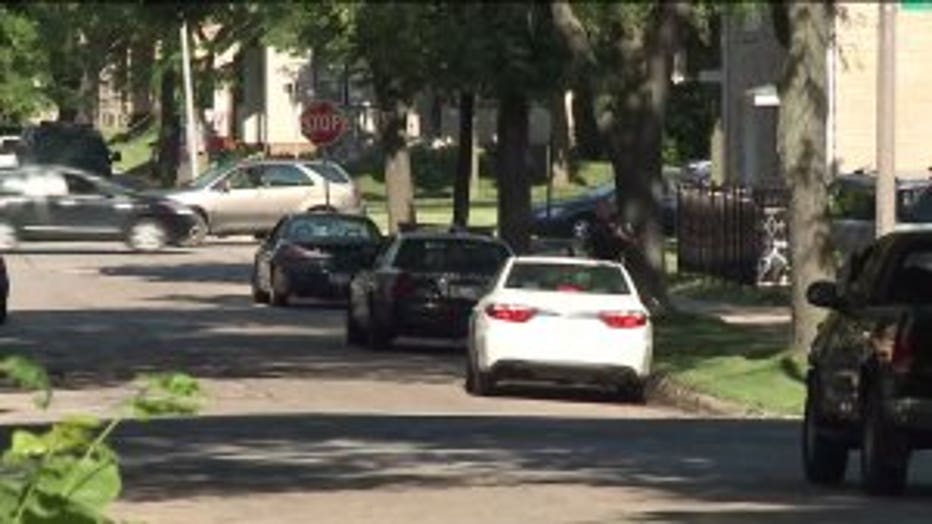 Police on Wednesday afternoon had a squad parked next to the tree, mainly as a precaution. After the unrest experienced in August, authorities want to make sure the area remains safe.

FOX6 News observed streets being blocked off beginning around 4:00 p.m. Officials said this was mainly just an enforcement of the no loitering policy near Sherman Park. 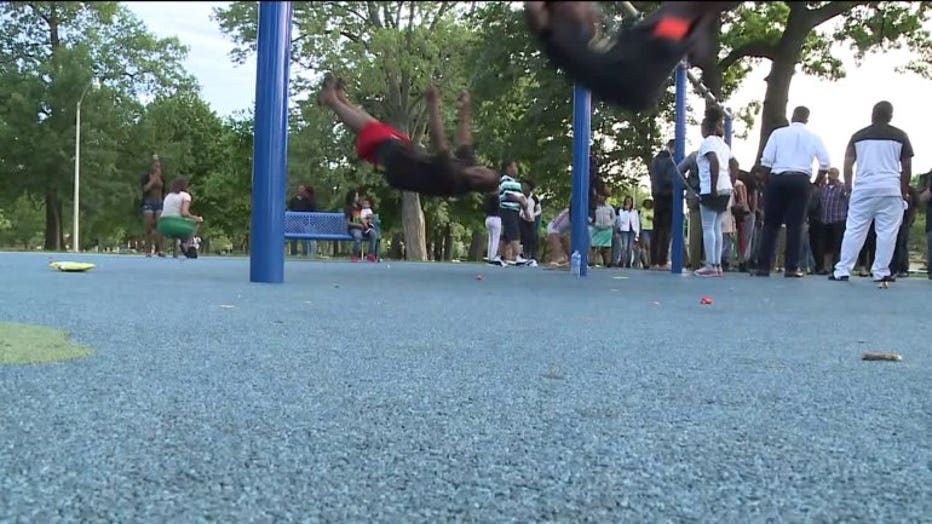 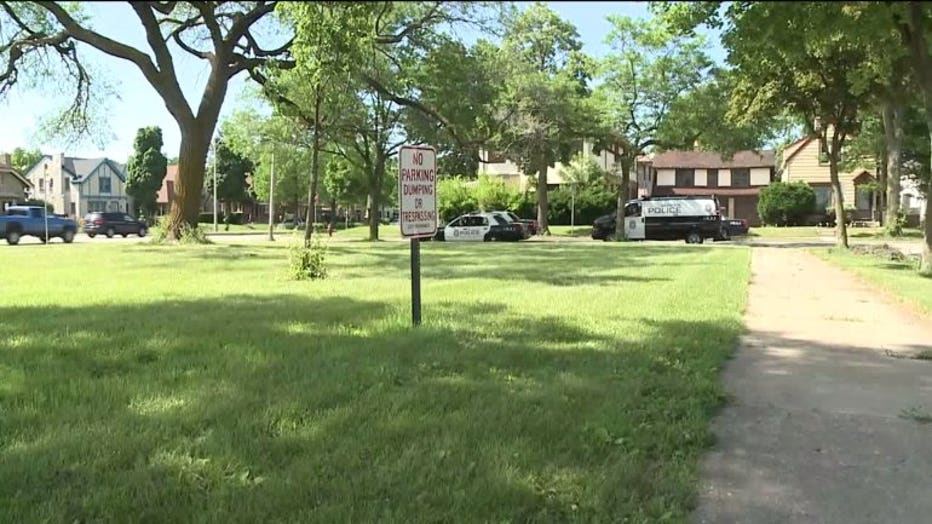 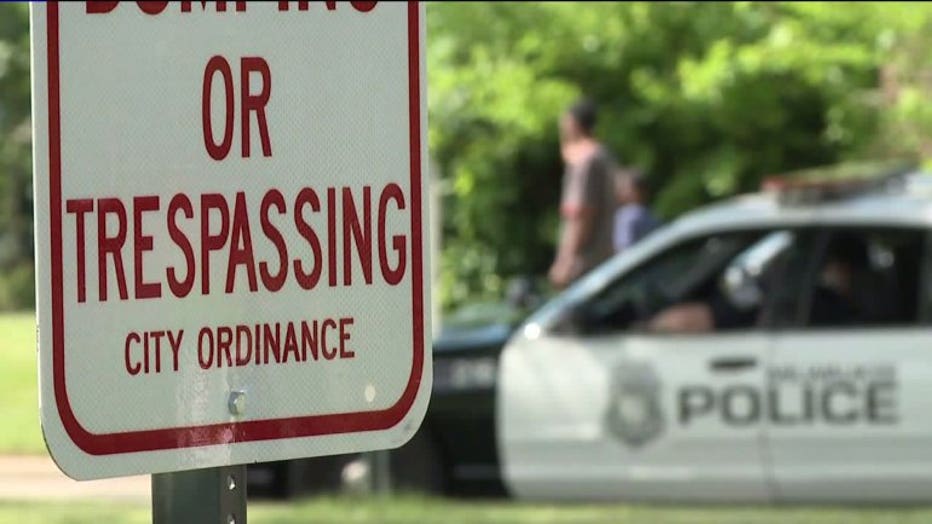 Milwaukee Mayor Tom Barrett and the family of Sylville Smith have urged peace and calm.

"I know that this has been an emotional time and emotional trial. And I ask the people of Milwaukee please to be peaceful. Please to be calm. There are other steps in the criminal justice system that still have to transpire. People have the right to have their voices heard. My strong request is that this is done in a peaceful manner," Barrett said.

Some who live in the Sherman Park neighborhood said they're upset with the not guilty verdict, but they were also praying for a peaceful night in their neighborhood.

"It's ridiculous. It's a police officer. He killed a man," a Sherman Park neighbor said.

"Whether you believe what was right or what was wrong, people are people and they are hurting," Markasa Tucker said.

"We just want to make sure we send love to Sylville Smith's family. Know that they have our support. Without a doubt," Jamal Smith said.

On Wednesday evening, there were basketball games being played at the Boys and Girls Club, and many children played on the playground in Sherman Park. 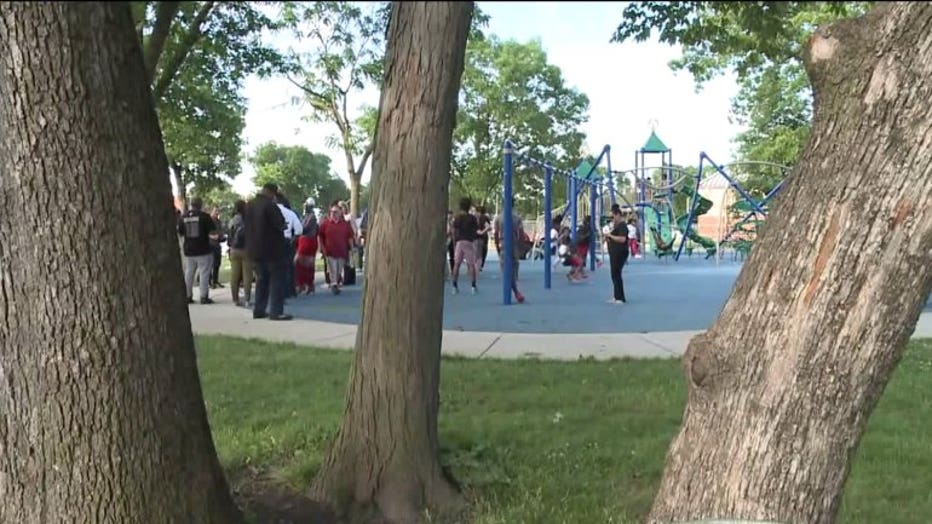 Heaggan-Brown still faces charges in an unrelated sexual assault investigation. He has been fired from the police department.

In the separate case, a man told investigators that Heaggan-Brown sexually assaulted him while off duty two days after the shooting death of Smith.

The alleged sexual assault occurred on the morning of August 15th after a night of heavy drinking at a bar where the two men "sat and watched television as coverage of the Sherman Park protests aired," the criminal complaint said.

He has a jury trial set to begin in August in that case.