It happened while police were responding to a reported disturbance. Dashcam video, posted on the department's Facebook page, showed the squad's emergency lights reflecting off the falling snow.

As the squad tried to reenter its lane after passing a car, the oncoming car that hit the squad was seemingly trying to pass another motorist. At the last moment, the officer turned to avoid a head-on collision. 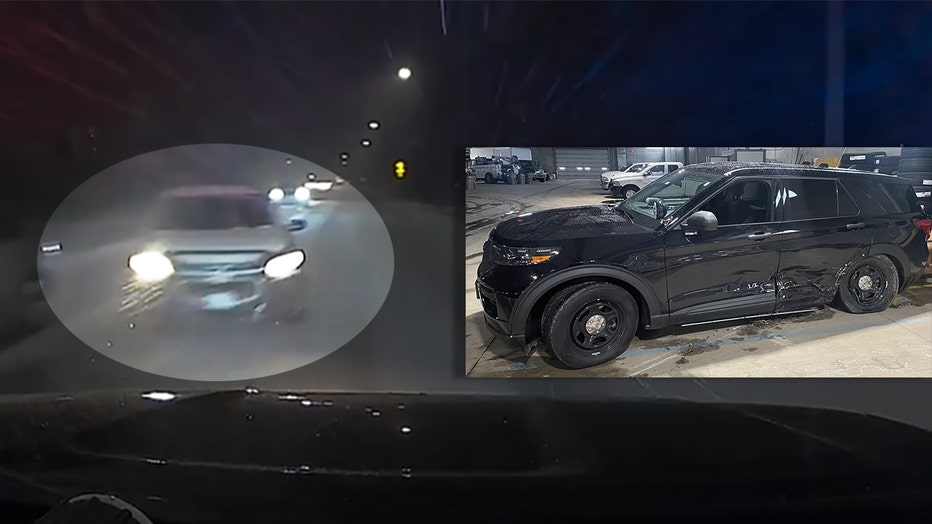 The squad had "significant" damage and the officer was treated for minor injuries. The driver who hit the squad car was not injured, police said.

Police remind drivers to yield to emergency vehicles and give themselves enough room to stop in bad weather.