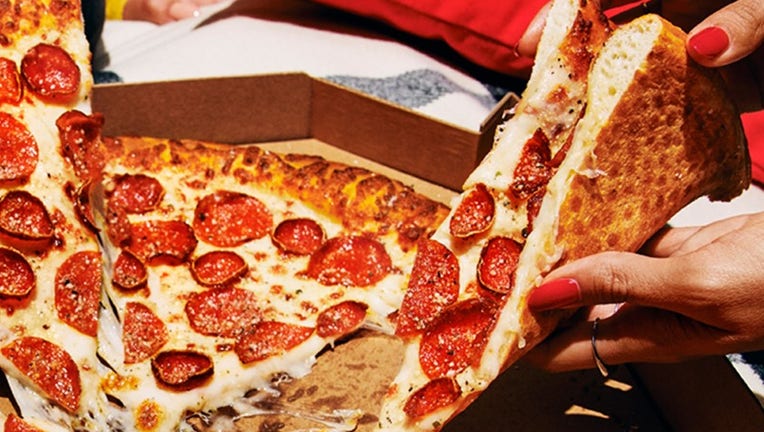 PLANO, Texas - Pizza Hut is stepping back in time to bring back what many considered to be a fan favorite of the 1990s.

The pizza chain will bring back "The Big New Yorker" pizza after it launched 24 years ago. The company said fans have asked for the pizza’s return on social media, including a petition.

The 16-inch pizza will be available at participating restaurants across the country for a limited time starting February 1.  However, reward members will be able to get a slice as early as January 31.

RELATED: Burger King is offering free fries for the next 6 months — how to get the deal

The company said the Big New Yorker was inspired by its namesake. Each pizza is divided into six giant, foldable slices to mimic the New York pizza style.

Pizzeria puts flyers of lost pets on pizza boxes, encourages other shops to do the same

A New Jersey pizza shop has been receiving an "outpouring of support" for posting flyers of lost pets on its pizza boxes.

"The Big New Yorker is inspired by the spirit of New York with an XL pizza that is as big and bold as the city that never sleeps," the company said in a news release.

One order of the pizza comes with double pepperoni, or you can choose your own topping starting at $13.99.

"The Big New Yorker was a huge hit when we launched it in 1999, setting the stage for future industry innovations like Pizza Hut Melts™ and Detroit-Style pizza," Lindsay Morgan, Chief Marketing Officer at Pizza Hut, said. "At 30% larger than our large pizza, now is the perfect time to answer our customers' requests and bring back The Big New Yorker in a big way right before the big game next month."