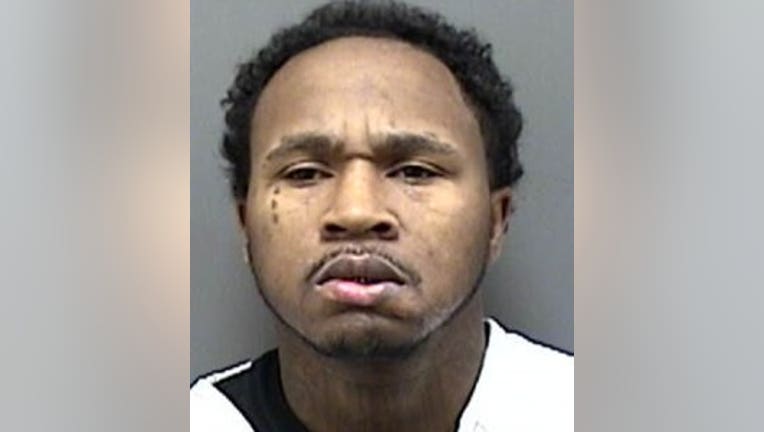 RACINE -- A Milwaukee man charged in connection with an October bank robbery in Racine was arrested on Monday, Dec. 16.

Reno Devore, 43, faces one count of robbery of a financial institution for the Oct. 11 robbery at BMO Harris Bank on Durand Avenue.

A criminal complaint noted a criminal history dating back to 1995 in Racine County and San Francisco County.

Officers responded to the BMO Harris Bank around 10:45 a.m. on Oct. 11 and learned a male suspect, black, with a tattoo of three teardrops by his eye, wearing a black waist-length jacket, jeans, tan boots, and blue latex gloves presented a note to the teller. The complaint said the note read:

"This is a bank robbery. Don't make it no murder. Phil the bag up. Don't put no tracers or die packs in the bag. I want all HUNDREDS FIFTYs and 0 Twentys. Hurry up."

He then handed the teller a plastic bag. The complaint said the teller indicated he didn't display a weapon, but he had his hands in his pockets, leading her to believe he may have been armed.

Other tellers told investigators they believe the same man came into the bank the day before and cased the facility -- a man with teardrop tattoos.

After the robbery, another teller said she watched the man run towards an apartment complex nearby and took a photo of him. Investigators looked at video footage that showed him exiting the building before the robbery and running towards it afterward. Prosecutors said the video showed him exiting the building wearing different clothing -- getting into the passenger side of a vehicle.

The driver of that vehicle identified the man as "Flash," and showed investigators his Facebook account -- helping to identify him as Reno Devore. The driver said Devore changed clothes at his apartment after the crime, according to the complaint.

The complaint said investigators found boots consistent with those worn during the robbery in a bedroom at the apartment building, and jeans and other clothing in a storage locker.

Devore was in court Tuesday for his initial appearance. Cash bond was set at $50,000, and a preliminary hearing was scheduled for Dec. 26.