WAUWATOSA (WITI) -- An injured peregrine falcon was found in the backyard of a home in Wauwatosa. The falcon has a dislocated elbow, but this isn't the first time the falcon has been seriously injured.

After an examination at the Wisconsin Humane Society's Wildlife Rehabilitation Center, veterinarians found a shot from a pellet gun embedded in the bird's abdomen.

According to veterinarians, the pellet was there before the bird's most recent injury.

"They're actually the fastest creature on the planet, able to dive at 200 miles-per-hour when they're about to capture prey. They need to be super, super, flight capable. And so anything that affects the wings like this dislocation is a serious thing," Scott Diehl with the Wisconsin Humane Society's Wildlife Rehabilitation Center said.

Officials are taking the bird's recovery day-by-day, and they don't have a timetable as to when or if the bird will be able to be released back into the wild. 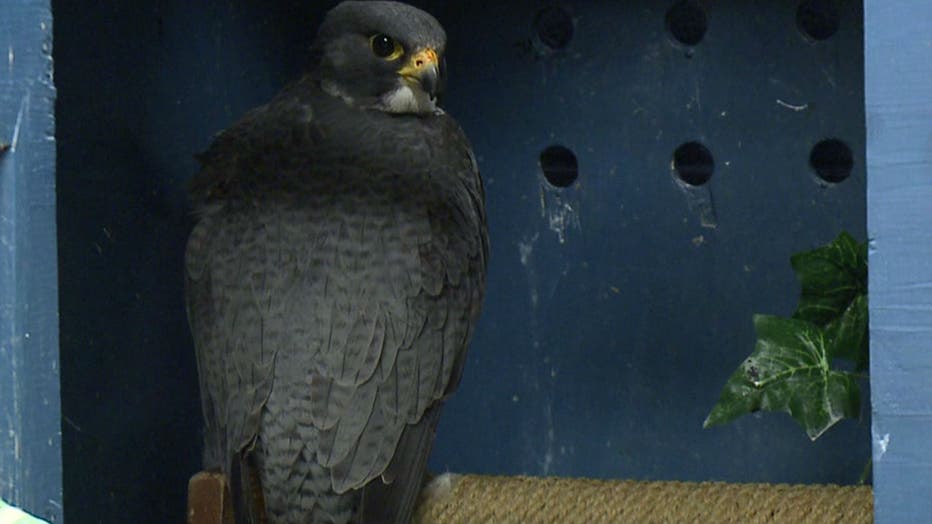