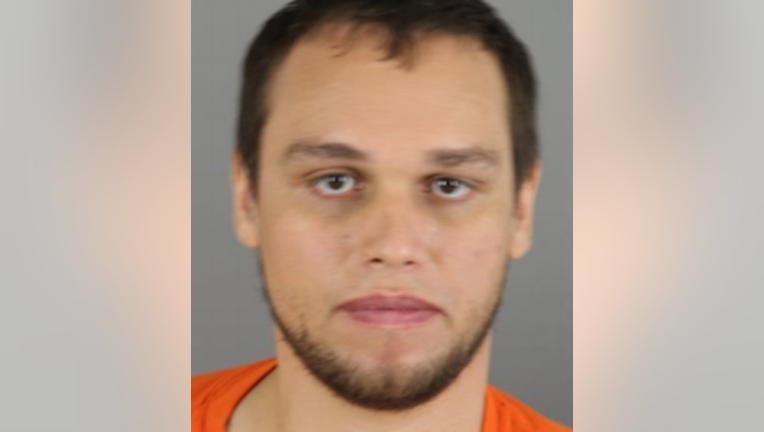 WAUKESHA COUNTY -- A Michigan man facing homicide charges in connection with a fatal wrong-way crash on I-94 near Meadowbrook Road in Pewaukee on April 14 told investigators "people were chasing him," according to prosecutors. Eliana Winterbauer-Light, 24, of Milwaukee, was pronounced dead at the scene of the head-on crash.

According to a criminal complaint, around 11:30 p.m., deputies were advised of a vehicle headed westbound in the eastbound lanes of I-94. Near Highway T, a deputy spotted a semi with its trailer in lane one, and its cab near the median -- a crash scene nearby. Winterbauer-Light's vehicle was found with its back half up on the median wall, and its tires on the ground. She was pronounced dead at the scene. The vehicle prosecutors said Mitchell was driving was found with severe front-end damage, and ended up starting on fire at the scene. The complaint said witnesses helped deputies extinguish it.

Mitchell was found at the scene with an apparent broken ankle, according to the complaint, and had to be helped away from his burning vehicle by deputies and witnesses after indicating he could not walk. As that was happening, prosecutors said he asked a deputy twice if he had a gun. When asked why he needed to know, Mitchell responded, "They're trying to kill us," according to the complaint.

The complaint said Mitchell was uncooperative as officials tried to get him on a stretcher so that he could receive medical treatment, with prosecutors noting he yelled about a net being in the roadway. Two rounds of sedatives had to be administered in order to get him on the stretcher for transport to the hospital. 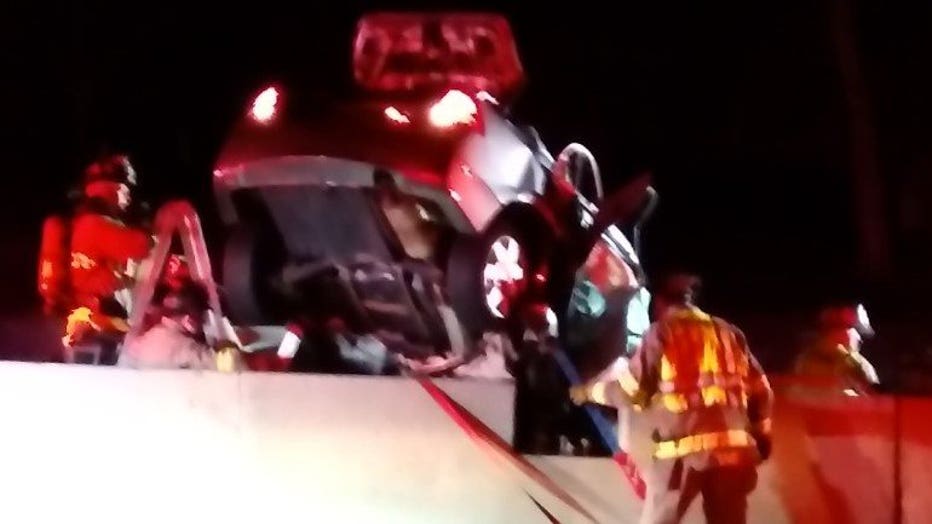 Three witnesses spoke with investigators regarding the crash -- one estimating both vehicles were traveling at approximately 70 miles per hour -- Winterbauer-Light's vehicle thrown into the air as a result of the impact. After it landed on the median wall, the witness ran over to try to help, but couldn't reach Winterbauer-Light.

Investigators spoke with Mitchell at the hospital on April 16, two days after the crash. According to the complaint, he said he was on an on-ramp when "a bunch of people whipped around him" and "he was trying to get away." 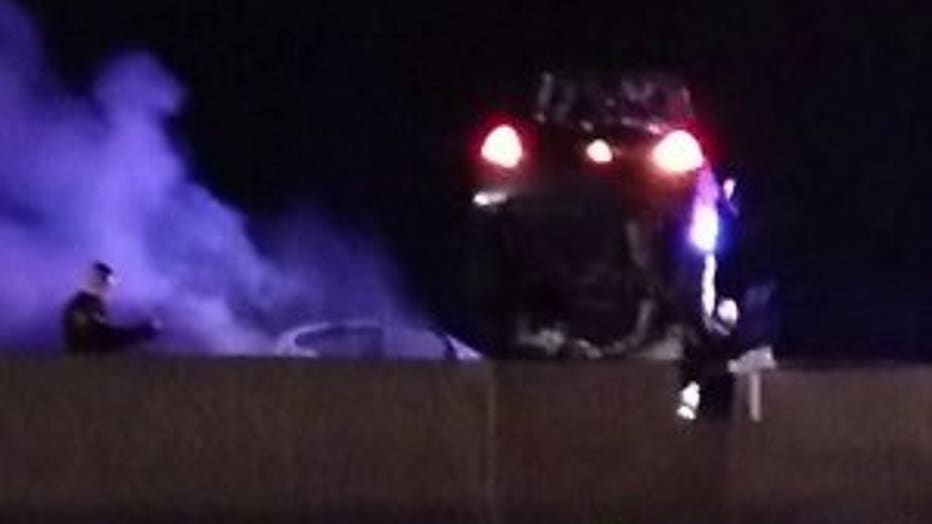 He said "as he was screaming down the on-ramp, they started whipping up and pulling near him." He said while trying to get away, "a semi pulled up and got nose to butt, and started screaming at him full throttle." He said he "went to the middle," but "the middle guy came at him, so he hit the brakes, skirted back and forth and slid by him." He said he was going to go into the ditch, and "couldn't get to another road because there was a building in the way." He said "they slid right in front of him, and he got hit," and he "did that for three straight days."

When asked if he was driving with a purpose, he said, "Am I just driving around? Are you serious? Are you gonna play that game?" He then added that he had been driving around in Wisconsin, Illinois, Minnesota and Michigan in the days prior to the crash, prosecutors said.

When asked who "they" were that were chasing him, Mitchell said, "Right, that's going to further my case," the complaint said. 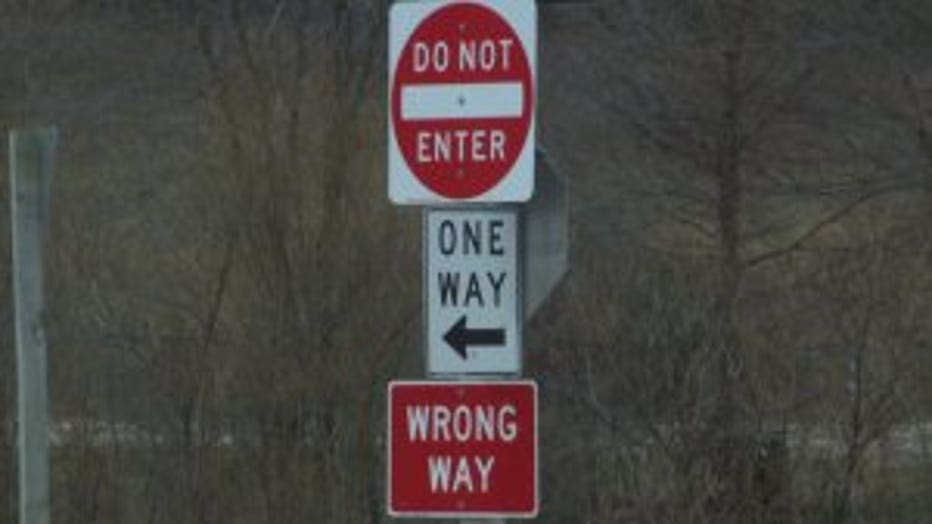 Prosecutors said Mitchell told investigators "they were going to have three cannibals cannibalize him, so he wanted to die, but didn't have the balls to do it." He recalled walking around on one leg asking "(expletives) for guns" -- advising that when he asked the deputy if he had a gun, "I should've just took it right there from him. That looked like a soft cop. I could've gotten it away from him."

The complaint said Mitchell was aware he was driving wrong way on a "big interstate."

Prosecutors noted in the complaint deputies did not notice an odor of alcohol coming from Mitchell at the scene, and he denied taking any drugs, but "did not clearly answer whether he was taking any medications as prescribed."

In a subsequent interview on April 20, the complaint said Mitchell indicated he was driving the wrong way "because people were chasing him." When advised that traffic camera video showed no one had been chasing him, Mitchell said, "Not to be sarcastic, but it's all in my head," according to the complaint. He said when he stops at gas stations, "people always ask him if he knows he's being followed."

Mitchell made his initial appearance in court Wednesday. Cash bond was set at $250,000, and a preliminary hearing was scheduled for June 3.