MILWAUKEE -- FOX6 News found several protesters near 27th and Fond du Lac who had climbed on top of a Milwaukee County Transit System bus just after 9 p.m. on Saturday, May 30.

A spokesperson with MCTS said the protesters were jumping on the roof of the bus and that the driver and passengers were able to get off safely.

Police arrived soon after and the bus was driven back to the station safely. 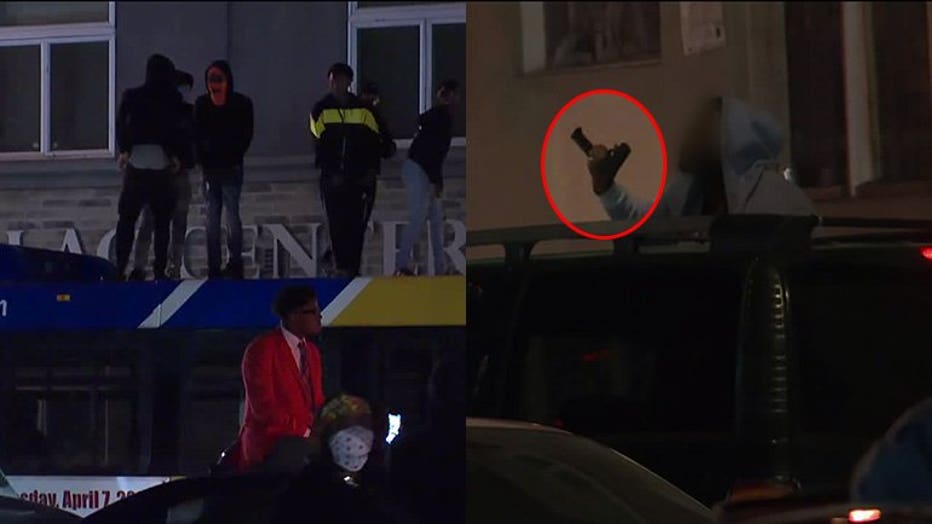 Gunshots were heard near a protest on Milwaukee's north side Saturday night, May 30.

FOX6 News crews at the scene of those protests also heard gunshots just north of 27th and Center. Video from the scene showed a man holding a firearm out the window of a vehicle. It is not known if that man fired the gunshots that were heard.

Milwaukee police said a 21-year-old man was shot and wounded near 27th and Center shortly after 10 p.m. on Saturday. He walked to the hospital for treatment of non-life threatening injuries.

Police are seeking unknown suspect(s) and investigating what led to the shooting. Anyone with information can contact MPD at 414-935-7360 or Milwaukee Crime Stoppers at 414-224-TIPS or the P3 Tips app.

For safety purposes, FOX6 crews were pulled from the scene following the sound of those gunshots.