Demonstrators arrive in Milwaukee ahead of DNC

Despite a mostly-virtual event, protesters arrived in Milwaukee on Friday hoping to have their voices heard ahead of the Democratic National Convention.

MILWAUKEE - Despite most events being set to take place virtually, protests ramped up in downtown Milwaukee on Friday, Aug. 14 ahead of the Democratic National Convention.

The DNC is still technically being held in Milwaukee, but without a nominee or delegates present.

Travelers from California, Georgia, Louisiana and other states gathered in Milwaukee for Friday night's demonstrations. And even more protesters are planning to come to Milwaukee, many from out of state, even though there will be very few lawmakers actually at the Wisconsin Center and throughout downtown Milwaukee.

"This is the first night for us, so we're just getting geared up," said protester Terrisa Bukovinac, who is a board member of Democrats for Life of America.

Demonstrations for Black Lives Matter, for and against both presidential candidates and a variety of other causes are expected to take place during the DNC. 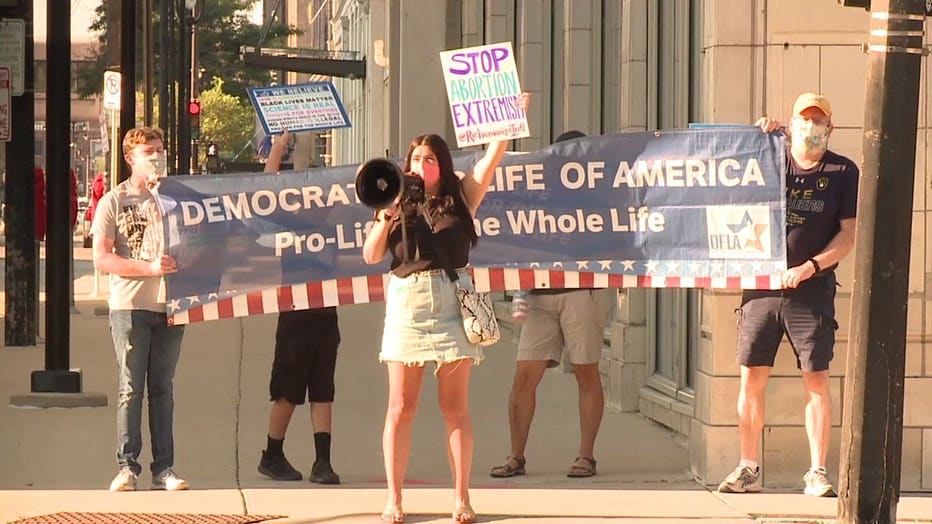 Officials with the convention told FOX6 News that the City of Milwaukee will be handling the protests and demonstrations that are expected.

"It did change things, however, we understand that, even if the physical convention isn't happening in the way it was planned, people are still paying attention to Milwaukee," Wisconsin resident Chuck Adams said.

Still wanting a chance in the spotlight, many Wisconsinites will also be coming to Milwaukee -- hoping for their voices to be heard.

"People like me who are from Wisconsin, we just want to be out there and get that message out, knowing there will still be attention paid to Milwaukee," said Adams.

More demonstrations are planned for the weekend leading up to the convention's official start on Monday, Aug. 17.