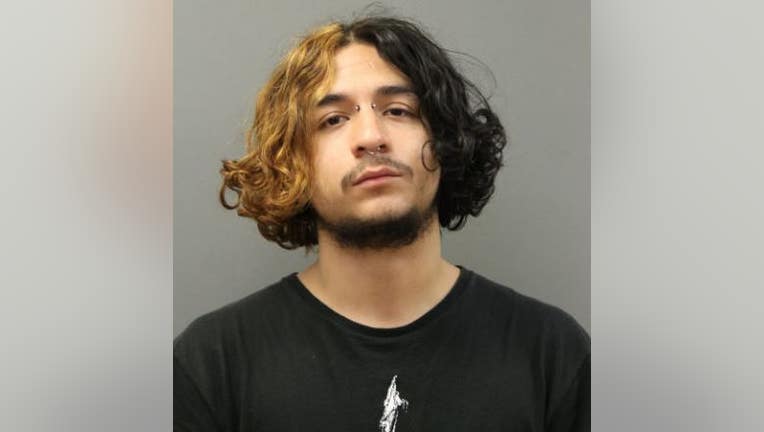 CHICAGO - A Logan Square man was so angry a passerby asked his girlfriend if she needed help while the two were fighting, he shot and killed him, Cook County prosecutors said Thursday.

Michael Bankston III had just parked his car when he saw 22-year-old Jesus Garcia arguing with his girlfriend in the 2600 block of North Milwaukee Avenue on the morning of Sept. 17, Assistant State’s Attorney Kevin DeBoni said.

Bankston, 25, intervened and approached when he saw Garcia grab the woman by her shoulders and neck, and asked her if she was OK, DeBoni said.

That’s when Garcia allegedly turned his ire toward Bankston, pulling out a 9-mm handgun and shooting him. When Bankston fell to the ground and began to crawl away, Garcia then shot Bankston six more times, DeBoni said.

Garcia was arrested on Tuesday and charged with first-degree murder.

Once in custody, Garcia waived his right to remain silent and admitted he shot Bankston because he thought the older man "was going to do something to him," DeBoni said.

Garcia allegedly said he disassembled and threw the gun he used "in the lagoon." He also told police he thought he "had a dream about what happened" and couldn’t recall everything from that night, DeBoni said.

The shooting was captured on a surveillance camera, and although the footage was grainy, it showed Bankston was "simply standing" by the couple after he approached them, DeBoni said.

At no point was Bankston seen with a weapon nor had he threatened Garcia, DeBoni said.

Garcia was also identified by several people who were walking or driving nearby at the time of the shooting, DeBoni said.

Afterward, Garcia ran back to his home in the 2600 block of North Kedzie Avenue, where he "took off his shirt, let his hair down" before returning to the crime scene for a time, where one of the witnesses recognized him, DeBoni said.

Garcia said he previously had been diagnosed with mental illness, but wasn’t able to communicate more specifically what the diagnoses were, an assistant public defender told Judge Marie McCarthy.

Garcia lives on his own and is currently unemployed, the defense attorney added.

McCarthy ordered Garcia held without bail, saying Bankston appeared to have been acting as a "good Samaritan" who was trying help.

Garcia is expected back in court on Nov. 17.