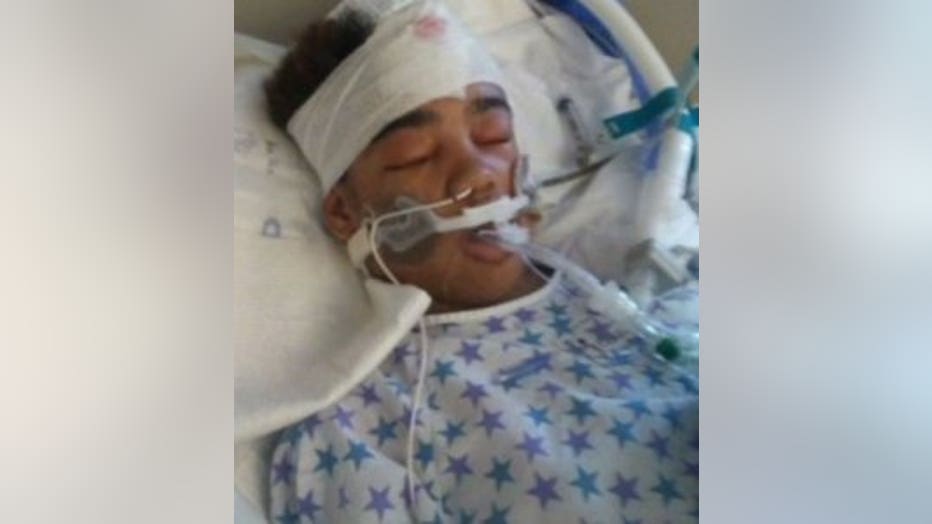 MILWAUKEE -- The parents of a 14-year-old girl who died in December as a result of extreme child neglect are fighting over what happens to her remains -- as her mother faces charges in connection with her death. According to the law, despite the charges, she doesn't forfeit her parental rights.

According to a criminal complaint, police on Dec. 3 were dispatched to Froedtert Hospital for a child abuse complaint. There, they learned Amina Krouser, 14, had been admitted -- unconscious but breathing. Ababneh, the child's mother, said on Dec. 1, the girl had started "drooling" and "slobbering" and she didn't know why. A doctor reported the child was in the hospital for a brain infection, along with bruising to her arms, chest, back and legs. 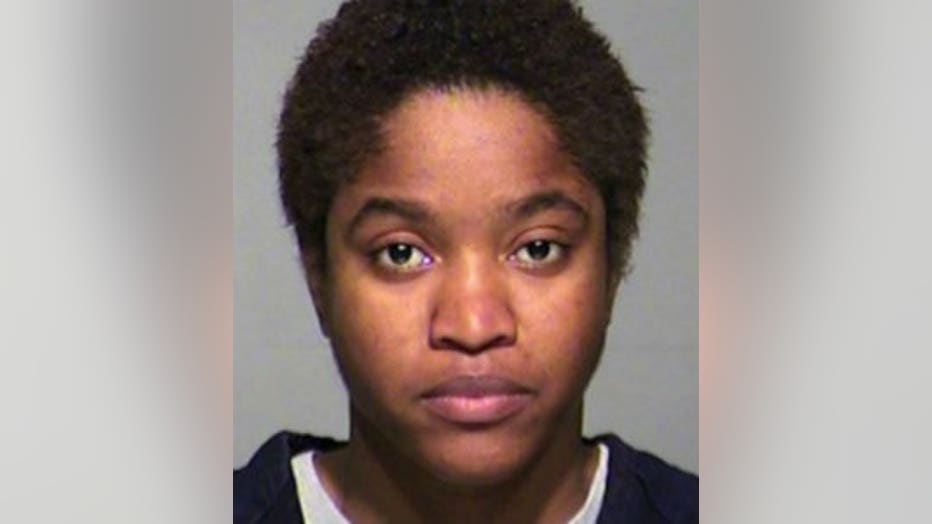 Ababneh said she doesn't have health insurance and doesn't take her daughter to the hospital so she was unaware as to whether she had any cognitive delays.

A brother of the victim in this case told investigators on Dec. 3 his sister started feeling sick back on Nov. 26, with what he believed was a cold. He said she had a headache and wouldn't get out of bed. At one point, the victim told her mother her head was still hurting, but Ababneh believed it was due to the lingering effects of a cold. Her brother said he thought his sister was being lazy but then noticed her hands were trembling. He reported when their mother got upset that she wouldn't get out of bed, she disciplined her with a paddle. On Dec. 1, he said his sister couldn't answer basic questions such as her name, and on Dec. 2 at the park she "just sat" before eventually becoming unresponsive that night. He reported there was no heat or running water in the house.

A sister of the victim reported the victim was punished for urinating in bed twice -- struck by a PVC pipe described as a "face blade." She said the children in the home mainly ate baby food, noodles or rice cooked on a hot plate or stove burned with small votive candles, and they would drink water from a large tub in the kitchen and a water filter. They used baby wipes to clean up and had a "compost toilet" in the bathroom.

The complaint notes that the home was very cold and extremely dirty, with a strong odor of urine in the home. The bedroom where the children slept was filled with open and unopened food, cooking pots and pans, beverage containers, clothing, books and stacks of paper. One of the children was sleeping on a deflated air mattress with thin blankets. The "compost toilet" was a five-gallon plastic bucket. The bathtub contained a large plastic container with mulch being used as a cat litter box. There were garbage bags throughout the home and plastic totes used for storing drinking water.

On Dec. 3, the complaint indicates a phone call came in from the hospital, indicating the victim would need life-saving surgery to clean out the brain infection, and some bone would need to be removed from her skull -- and while doctors were on speaker phone, the complaint says Ababneh "shook her head no," eventually yelling "no" when she was told she needed to answer out loud. When it was explained that the child may die, the complaint says Ababneh said: "I've already lost her." She continued to say she wouldn't consent to the surgery during the nine-minute phone call.

The complaint notes that the victim in this case was showing symptoms of a brain infection for a week before treatment was sought -- beginning with a headache. By the time treatment was sought, she was "unresponsive, febrile and having seizures." Emergency surgery was conducted on Dec. 3 and as of Dec. 5, the victim was "still intubated, sedated and seizing." The complaint notes that "the delay in seeking medical care could've resulted in death, and will result in a much worse outcome for this child than had medical care been sought in a timely manner" -- and Ababneh's alleged refusal to consent to life-saving surgery "suggests that she is no longer willing to take responsibility for a critically-ill child." 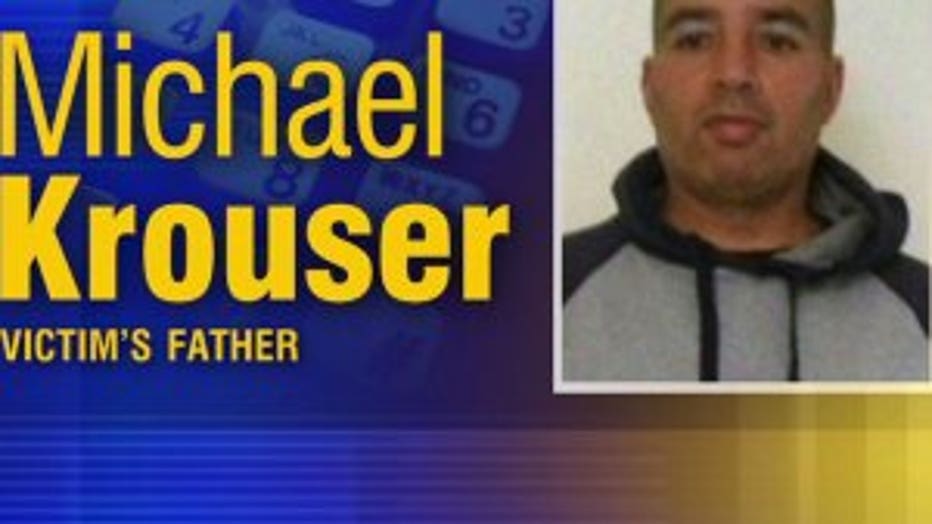 "I have no feelings. I just don't know what to feel," Michael Krouser, Amina's father said.

Michael Krouser on Tuesday, Feb. 6 told FOX6 News from Texas this loss is painful in multiple ways -- and even in death, Amina's body is still the source of conflict.

"She's been in our morgue since Dec. 10 when she passed. She needs to have some type of final resting place, not in our morgue," Karen Domagalski, Milwaukee County Medical Examiner's Office said. 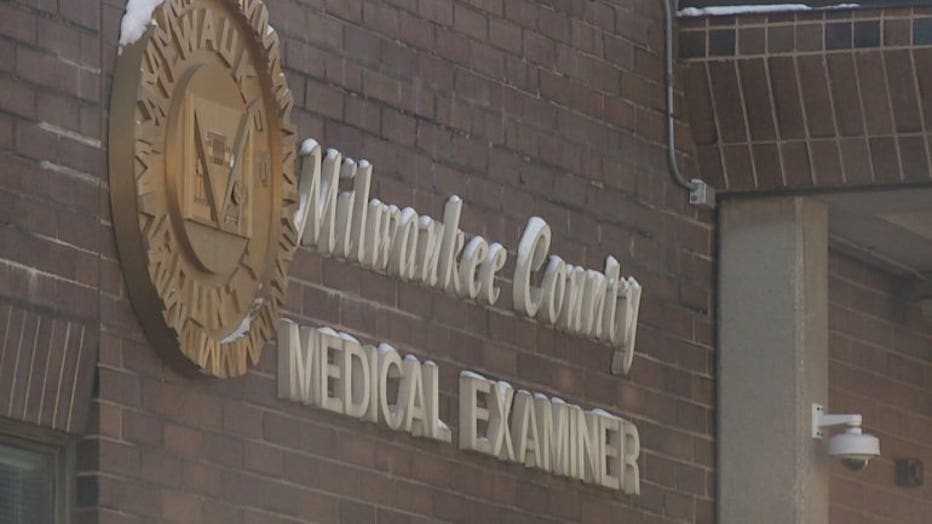 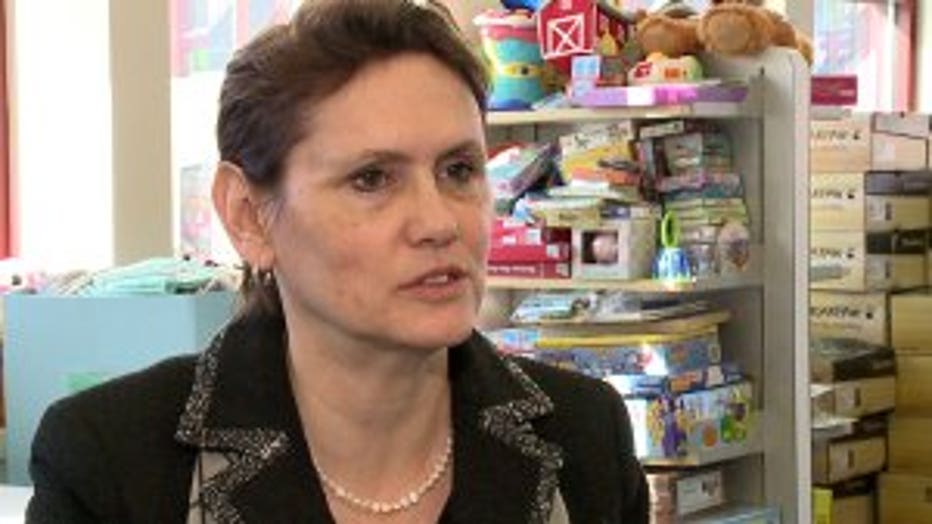 The district attorney's office said under state statute, a parent only loses the right to determine what happens to her child's remains if the parent is charged with homicide. In this case, Ababneh is charged with child abuse.

With no agreement in sight, officials with the child advocacy group "Kids Matter" said a special administrator will have to decide what's in Amina's best interest.

"In order for anything to happen, there needs to be a single legal decision-maker who will hopefully be appointed on Friday," Sue Conwell, Kids Matter said.

A jury trial is set to begin in June.