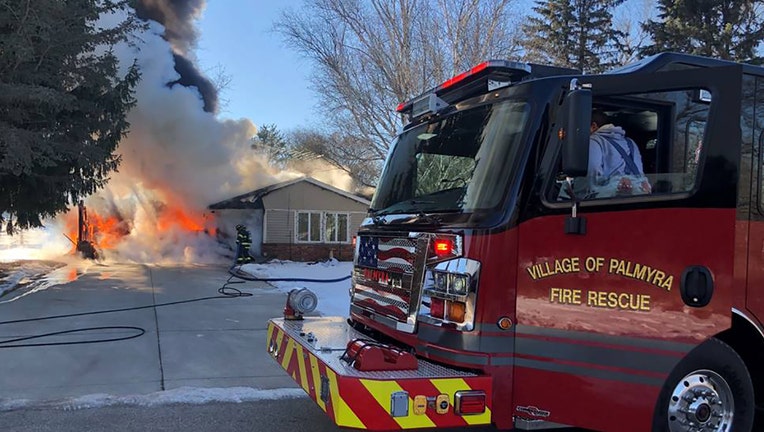 The fire department was able to put out the fire before it consumed the rest of the house, officials said. The roof was heavily damaged and partially collapsed.

While the home was occupied, all people and pets got out safely. There were no reported injuries to anyone involved, including first responders.

The majority of the scene was cleared by 2 p.m. Palmyra firefighters were assisted by 16 other fire departments at the scene.

The cold weather did not hamper firefighting efforts, officials said, but icing did occur on the street and pavement as water froze.

Police are investigating a report of shots fired at a mobile home park near 104th and Main in Pleasant Prairie on Thursday evening, Jan. 20.

Police have identified 11 juveniles in connection to vandalism of the Cedarburg ice rink Wednesday night.

An organization that helps Milwaukee's homeless community has been targeted by arsonists. Investigators say someone set the Street Angels Homeless Outreach bus on fire. A gas can was found near the burning vehicle.