Kathy Lazzaro talks about being a Packers super fan.

MENOMONEE FALLS, Wis. - It doesn't take much to find a Packers fan during Thursday Night Football, but FOX6 introduces you to Kathy Lazzaro – who isn't just any fan. She is one of only 23 people to receive a very special honor directly from the Green Bay Packers.

On Thursday, Oct. 28, she was cozied up at home to watch the game. With anticipation, Lazzaro cheered on the only team she's ever rooted for. 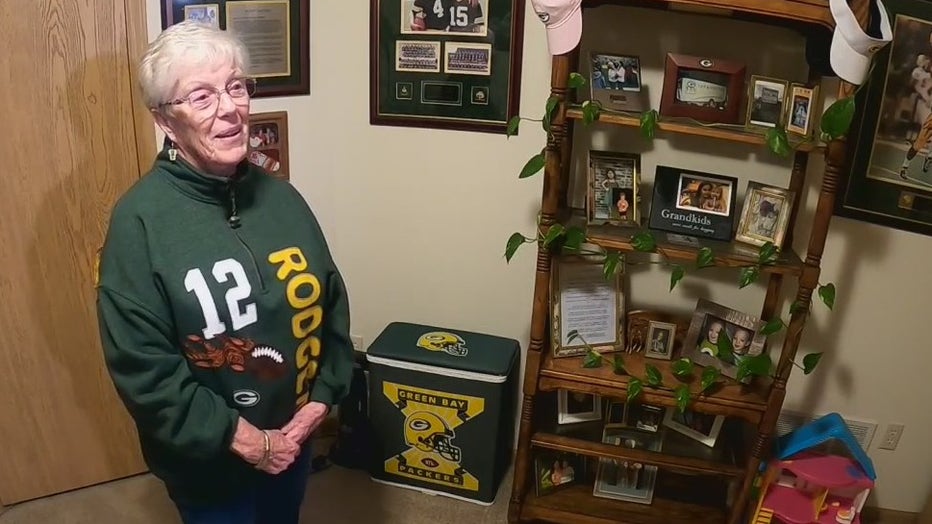 "I used to go to all the home games," Lazzaro said.

Originally from Missouri, the 82-year-old credits a teacher for getting her love for the game started.

"My biology teacher was a football coach so I learned the game of football in biology class, which really did me more good than biology ever would have," she said.

After moving to Milwaukee, Lazzaro fell for the green and gold. Her admiration for the team, growing more and more each season.

"I always think we are going to win, regardless of who we are playing," said Lazzaro. 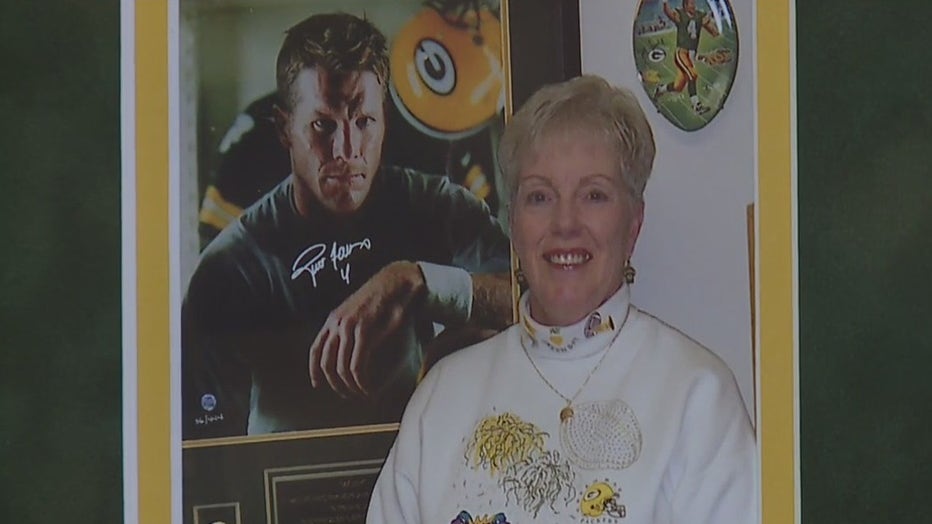 After years of collecting, visiting Titletown and even attending Superbowl XXI, Lazzaro became the 8th person to be inducted into the Packers Fan Hall of Fame in 2005.

"I get emotional because the first thing I did was look to heaven because I knew that my late husband would be so happy," said Lazzaro.

Lazzaro said her late husband Joseph, who died in 2000, would be proud.

"It is very exciting, no matter who you talk to, mostly whoever you talk to, you can always talk the Packers, and there is always something to talk about," said Lazzaro.

The Green Bay Packers and Arizona Cardinals are meeting at State Farm Stadium on Thursday, Oct. 28 – the first prime-time regular-season game between the two teams.