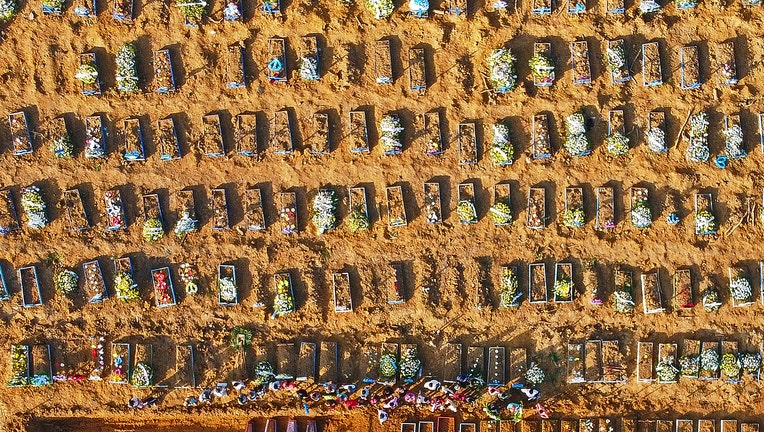 SAO PAULO - Scores of COVID-19 patients in the Amazon rainforest's biggest city will be transferred out of state as the local health system collapses and dwindling stocks of oxygen tanks mean Brazilians have started to die breathless at home.

Doctors in Manaus, a city of 2 million people, are choosing which patients to treat and at least one of the city’s cemeteries asks mourners to line up to enter and bury their dead. The strains prompted Amazonas state's government to say it will dispatch 235 patients who depend on oxygen, but aren't in intensive-care units, to five other states and the capital, Brasilia.

"I want to thank those governors who are giving us their hand in a human gesture," Amazonas state Gov. Wilson Lima said in a news conference on Thursday. 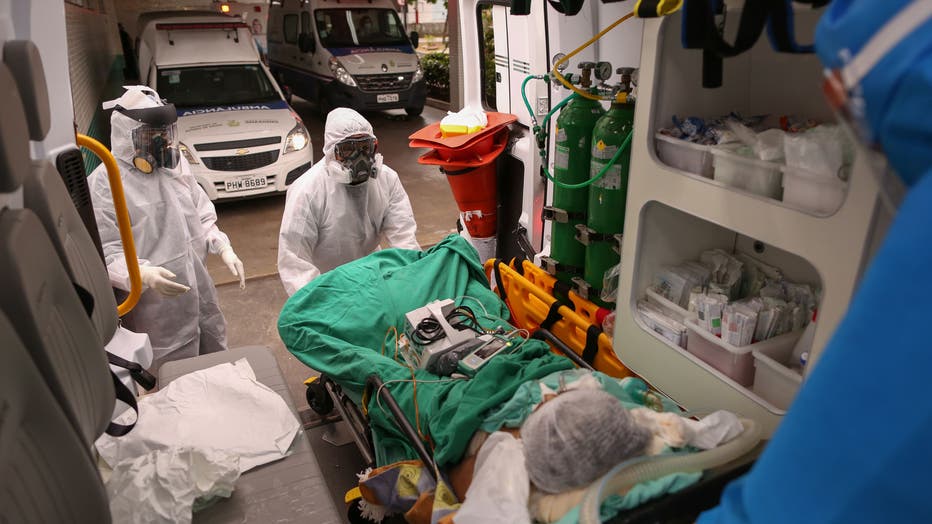 Members of the emergency medical service SAMU arrive with a patient suspected of being infected with the novel coronavirus COVID-19, at the hospital in Manaus, Brazil (Photo by MICHAEL DANTAS/AFP via Getty Images)

"All of the world looks at us when there is a problem as the Earth’s lungs," he said, alluding to a common description of the Amazon. "Now we are asking for help. Our people need this oxygen."

Manaus authorities recently called on the federal government to reinforce their dwindling stock of oxygen needed to keep COVID-19 patients breathing. The city’s 14-day death toll is approaching the peak of last year’s first wave, according to official data.

In that first peak, Manaus consumed a maximum 30,000 cubic meters (about 1 million cubic feet) of oxygen per day, and that has more than doubled, to nearly 70,000 cubic meters, according to White Martins, the multinational company that provides oxygen to Manaus’ public hospitals. In his press conference, Gov. Lima White Martins for the shortfall in supply. 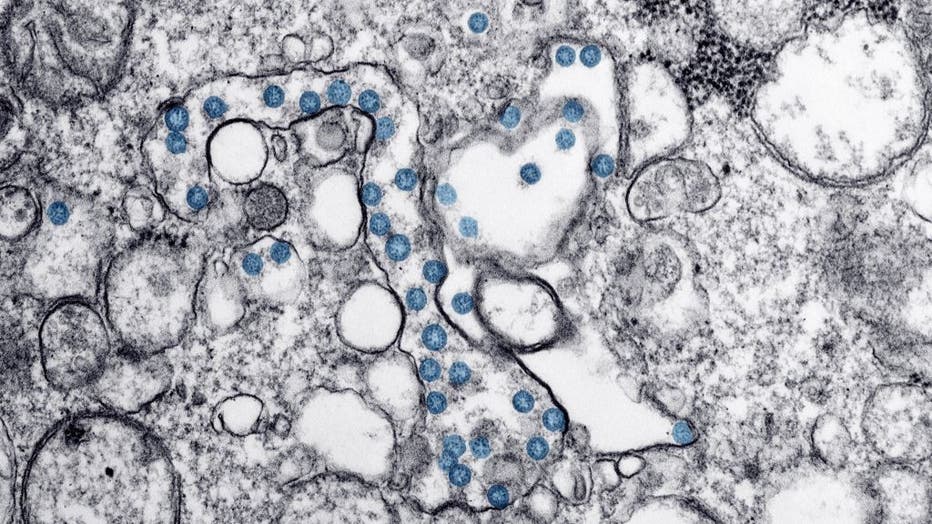 Transmission electron microscopic image of an isolate from the first US case of COVID-19, formerly known as 2019-nCoV, a coronavirus, March, 2020.

"Due to the strong impact of the COVID-19 pandemic, the consumption of oxygen in the city increased exponentially over the last few days in comparison with a volume that was already extremely high," White Martins said in an emailed statement to the The Associated Press. "Demand is much higher than anything predictable and ... continues to grow significantly."

The company added Manaus’ location presents challenging logistics, requiring additional stocks to be transported by boat and by plane.

Gov. Lima also decreed more restrictions, including the suspension of public transportation and establishing a curfew between 7 p.m. and 6 a.m.

The new measures challenged protesters who Thursday morning carried Brazilian flags through the streets. Lima, once seen as an ally of President Jair Bolsonaro, has faced criticism from supporters of the conservative leader for imposing new restrictions aimed at stemming the virus' recent surge.

Bolsonaro has downplayed risks of the disease, saying the economic fallout of the pandemic will kill more than the virus.

Park of the Tribes, a community of more than 2,500 Indigenous people on Manaus’ outskirts, went more than two months without any resident showing COVID-19 symptoms. In the past week, 29 people have tested positive, according to Vanda Ortega, a volunteer nurse in the community. Two went to urgent care units, but no one yet has required hospitalization.

"We’re really very worried," said Ortega, who belongs to the Witoto ethnicity. "It’s chaos here in Manaus. There isn’t oxygen for anyone."

The city of Manaus declared a state of emergency on Jan. 5. The decree enables the municipal government to temporarily contract personnel, services and material without public tenders. A separate decree suspends authorization for events and revokes those already granted, while a third establishes telecommuting for nonessential municipal employees through March.

A paper published this week indicated that a new strain of the coronavirus had been circulating in Manaus as of mid-December. The paper said that raised concerns about greater transmissibility or potential for reinfection, although such possibilities remain unproven.

A positive COVID-19 test doesn’t reveal which variant of the virus the patient has, but it is likely that the new strain has been partially responsible for driving Manaus’ second wave, according to Pedro Hallal, an epidemiologist who coordinates the Federal University of Pelotas’ testing program, by far Brazil’s most comprehensive.

"If it was circulating in mid-December, now it’s probably circulating much more," Hallal said by phone. "So I do think at least part of the new infections are due to the new strain. We don’t have the definite data on it, but it’s very likely."

Earlier on Thursday, newspaper Folha de S.Paulo said Brazil’s air force could transfer up to 750 patients from Manaus, which neither the air force nor local health authorities had confirmed to the AP as of Thursday afternoon.