WAUKESHA (WITI) -- Spurred by the unthinkable actions of two 12-year-old girls, the family of the 12-year-old whose friends stabbed her 19 times and nearly killed her over the weekend, has launched “Hearts for Healing”, an online fundraising campaign.

The campaign aims to raise $250,000 to help meet medical and legal expenses.

Donations can be made online at www.gofundme.com/HeartsForHealingWI.

Supporters in southeastern Wisconsin can visit a BMO Harris Bank branch and donate to the Hearts for Healing Fund. 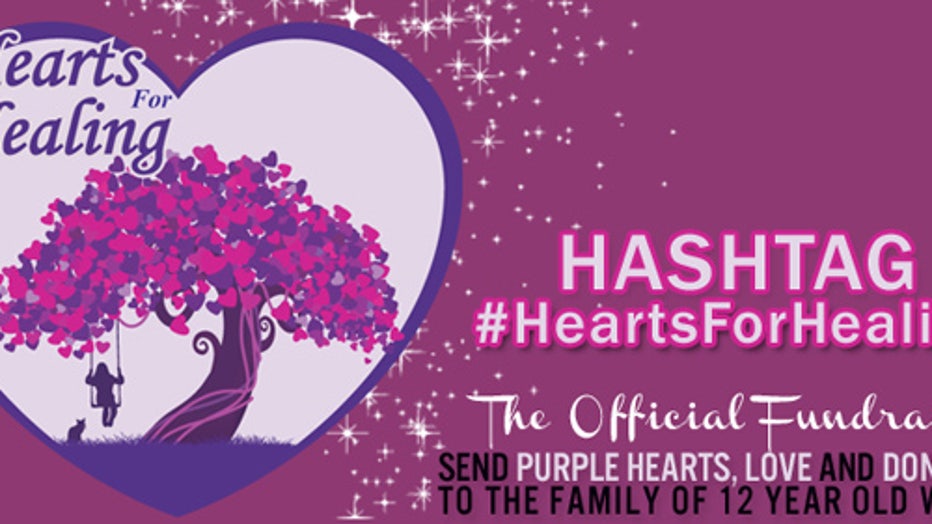 The survivor’s family also asks for extend blessings and love for the child by requesting homemade hearts of paper, fabric and felted wool that are purple in color and infused with prayers, love and light. The hearts will blanket the walls of the girl’s room to remind her that the power of love is greater than all else.

Supporters are encouraged to share messages of healing prayers and hope by following the #HeartsForHealing campaign on social media or visiting the Hearts for Healing page on Facebook at facebook.com/HeartsForHealingWI.

On May 31st, a 12-year-old girl went into the woods in Waukesha to play hide-and-seek with two of her friends. Police say the two friends stabbed her 19 times and left her for dead.

Remarkably, having sustained stab wounds to her arms, legs and torso, she managed to crawl to a nearby street and was found by a passerby, who contacted the Waukesha Police Department.

She is currently recovering at the hospital. She is said to be in fair condition.

“As parents of this little girl, we are overwhelmed with the amount of love and support we've received from our family, friends and community. Our little girl is a fighter and is improving each and every day. We appreciate your patience, love and support, as we too are stunned and saddened by this tragedy. As our daughter is so young, we ask that you honor her anonymity and our family's privacy as we continue to heal and find our strength.”

Doctors say the 12-year-old victim was “1 millimeter away from certain death” because one of her stab wounds just missed a major artery near her heart.

The girl's recovery is being called "miraculous."

"It's mind-blowing. It's absolutely stunning. The tubes and things have been removed, and she's able to walk around the halls of the hospital with her dad. I don't have the words for how incredible it is," the victim's family's spokesperson, Dana Hoffmann said. 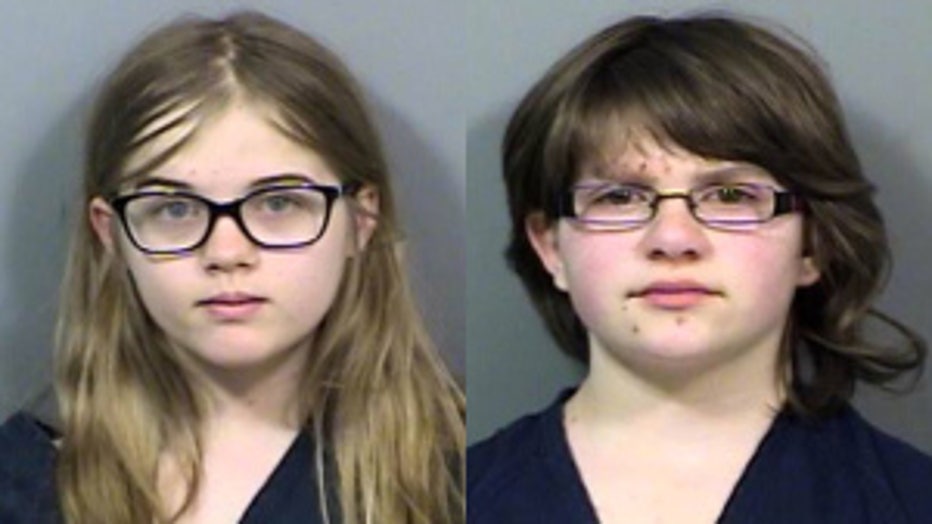 Meanwhile, police say the suspects in this case — 12-year-old Morgan Geyser and 12-year-old Anissa Weier told them they were motivated to kill their friend to gain the favor of a fictional, online character called Slenderman.

On Wednesday, June 4th, the man who claims to have created Slenderman five years ago said he’s “deeply saddened by the tragedy in Wisconsin” — saying his heart goes out to the families of those affected.