MILWAUKEE -- A double shooting on Friday, Nov. 15 on Milwaukee's north side left one man dead and another injured. A day later, a crowd gathered to pray for the victims.

Sirena Hicks, a friend of the victims, identified them as Sebastian Ford, nicknamed Pudgy, and Dashay Stovall King. Hicks said she invited them to her apartment to hang out, and shortly after they arrived, her ex-boyfriend showed up with his nephew and refused to leave. 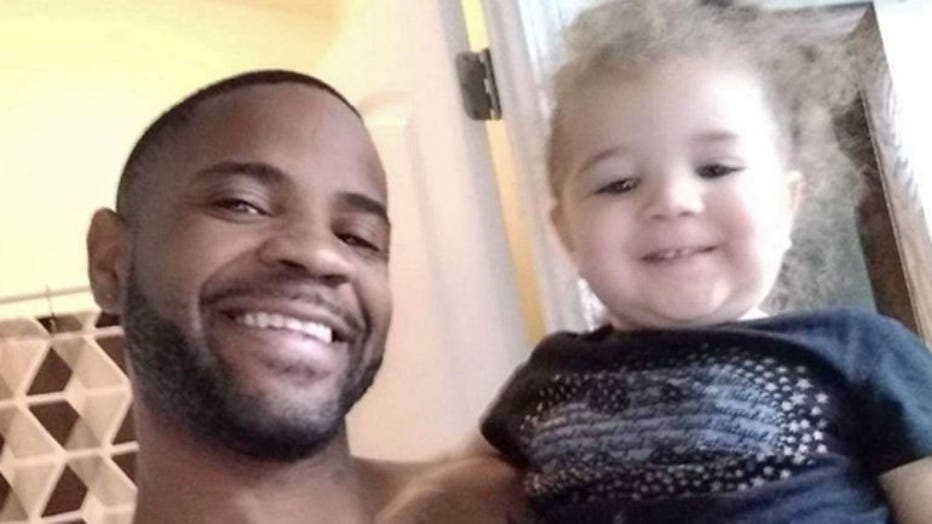 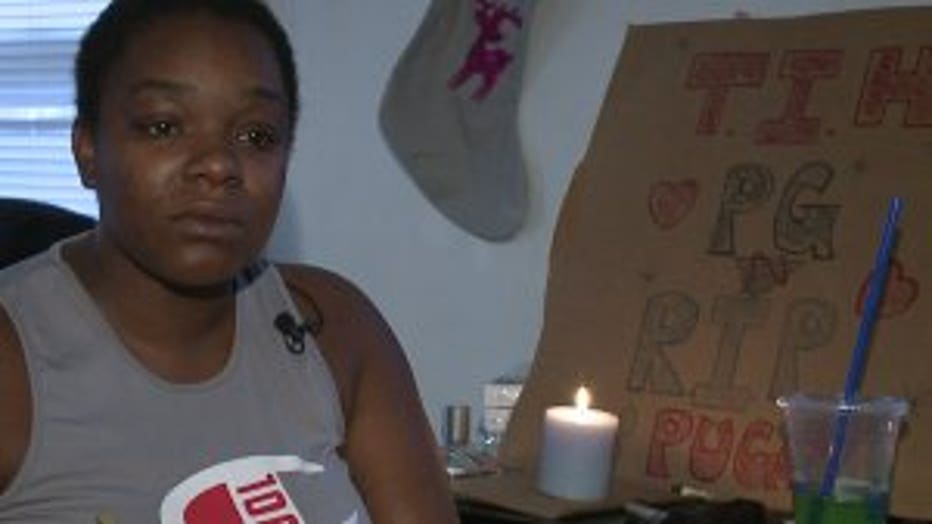 "And Pudgy told him, 'Stop coming over here,'" said Hicks. "'Our kids are here. You're causing drama over here.'"

Hicks said there was a physical confrontation in the front yard involving Ford and her ex, and that's when Hicks said the ex's nephew pulled out a gun -- aiming it at Ford and Stovall King.

"With his right hand out the car, he said, 'Pow, pow, pow,' and I watched them drop like this, and I slammed my door, locked it, and called 911," said Hicks. 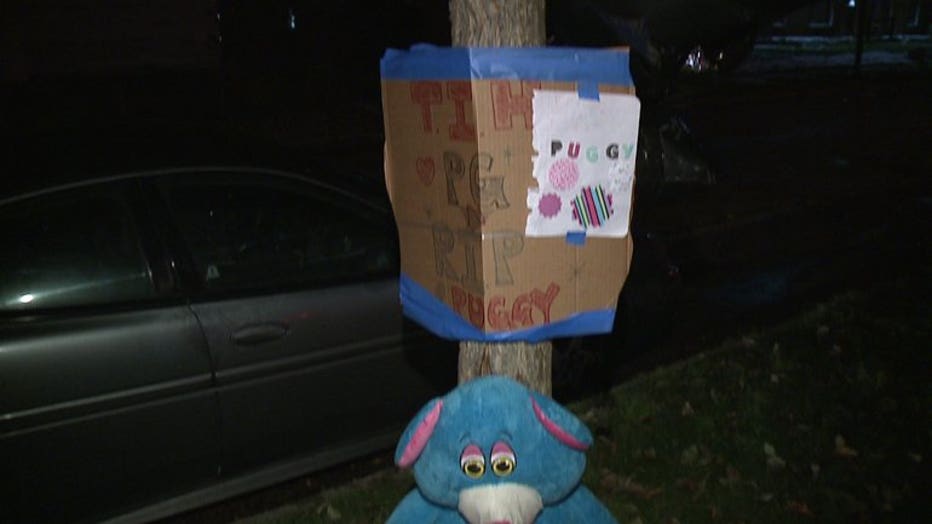 Stovall King was taken to the hospital. Despite suffering three gunshot wounds, his cousin said Saturday the 27-year-old was awake and breathing on his own. 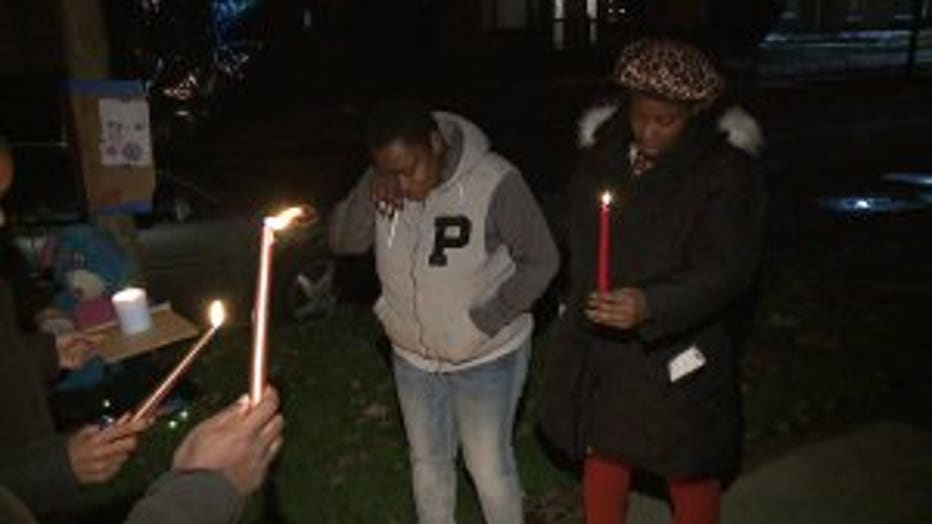 Meanwhile, Hicks said 31-year-old Ford died trying to do what was right.

"Not just only standing up for me, but protecting the house because all of our kids are in here -- not just my child," said Hicks. "My sister's kids and Pudgy's daughter."

That 2-year-old girl was inside the house when her father was shot -- left with just photos to remember him by.

"He's a wonderful, an awesome daddy," said Hicks. "Awesome daddy to them kids."

Hicks organized the vigil for the victims Saturday.

Anyone with information regarding the incident was asked to contact MPD at 414-935-730 or Milwaukee Crime Stoppers at 414-224-TIPS.