NASHVILLE -- Governor Scott Walker stopped in Nashville on Wednesday, July 22nd -- the next stop on his presidential campaign tour.

If you've been following the 2016 race for the White House, chances are you have heard this story. 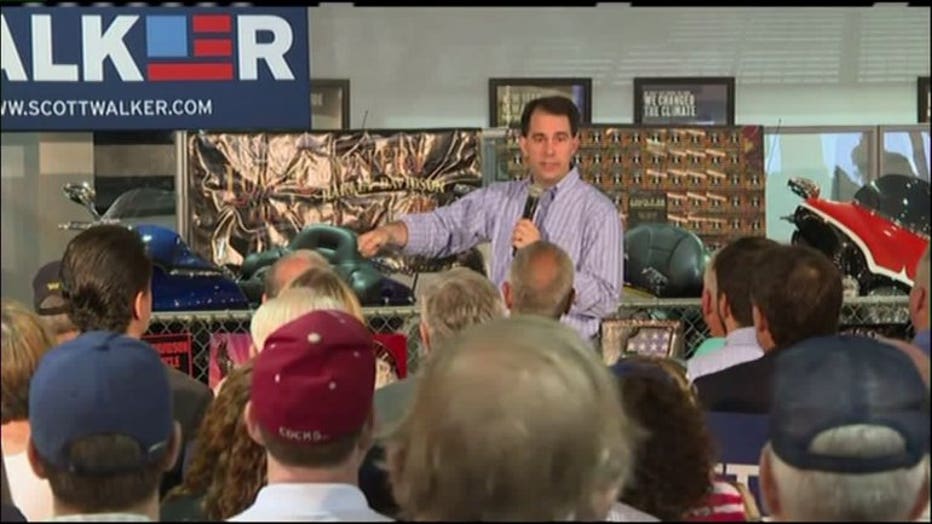 Walker consistently talks about using coupons at Kohl's as part of his stump speech on the campaign trail.

"As the clerk is ringing everything up, Tonnette scoops into her purse and pulls out some Kohl's Cash --and next thing you know, they're paying me to buy the shirt," said Walker. 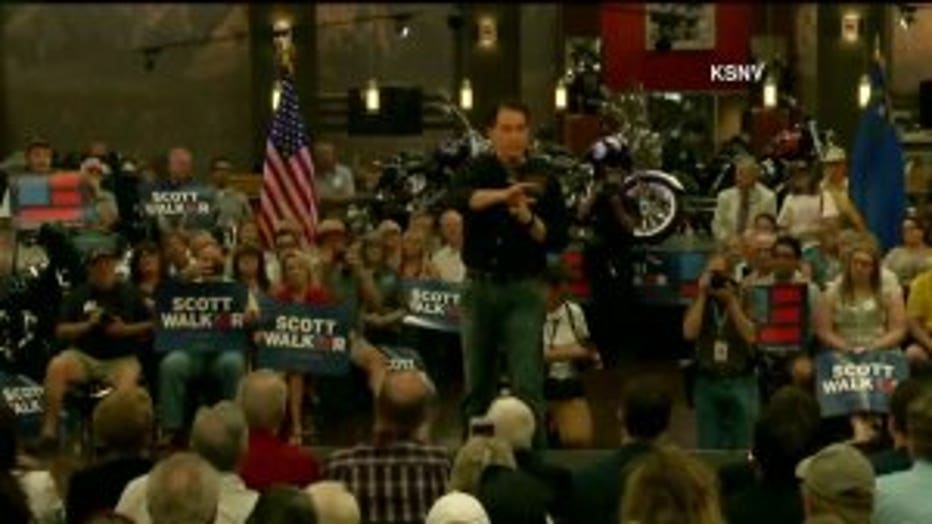 In Nashville, Walker was surrounded by motorcycles. In addition to shopping at Kohl's, Walker usually seems to work in that he's a Harley-Davidson guy too.

"From the start, you want to create a brand that's non-ideological. And I think that what Scott Walker is doing in his stump speech is fabulous politics," said Mordecai Lee, professor at UW-Milwaukee.

Lee says Walker wants to be seen as just an everyday, middle class guy. His anecdotes are meant to bolster that perception.

"We're seeing all kinds of stories that he relates about his past that convey the consistent message of, 'I'm a middle class guy. You're a middle class voter. We are essentially the same. I understand you, and therefore you should vote for me,'" said Lee.

You may grow sick of hearing the stories by the end of the campaign season, but all the exposure could be good for those Wisconsin companies.

"He's an important guy. He's a relevant guy -- and he's endorsing those products even though they may not endorse him," said Brian Bennett, President and CEO of Stir Advertising and Integrated Messaging. "I guarantee you, they're very happy about it because it puts their brand out there and it makes it that much more relevant." 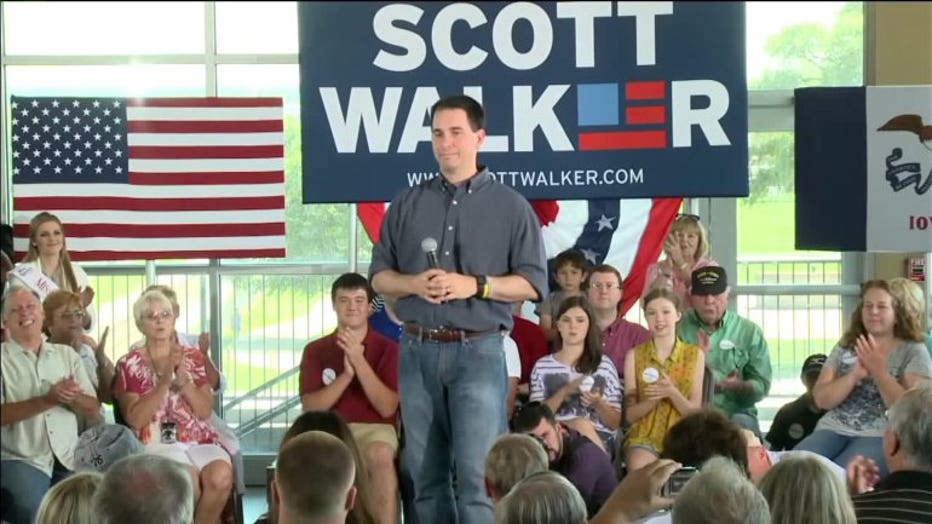 The second week of Walker’s Announcement Tour will include the following stops open to press: