“On a school bus?!” Driver fired after he was caught on camera allegedly doing raunchy things on board

"On a school bus?!" Driver fired after he was caught on camera allegedly doing raunchy things on board

MILWAUKEE -- A bus driver was caught in the act on Tuesday, November 3rd, and what was allegedly happening on the school bus was sick enough to make one neighbor take notice. The Milwaukee woman captured video that she says shows a school bus driver and someone else doing some raunchy things on board the bus while parked outside her home on Tuesday morning. The bus company has since taken action, and Milwaukee police are now involved. 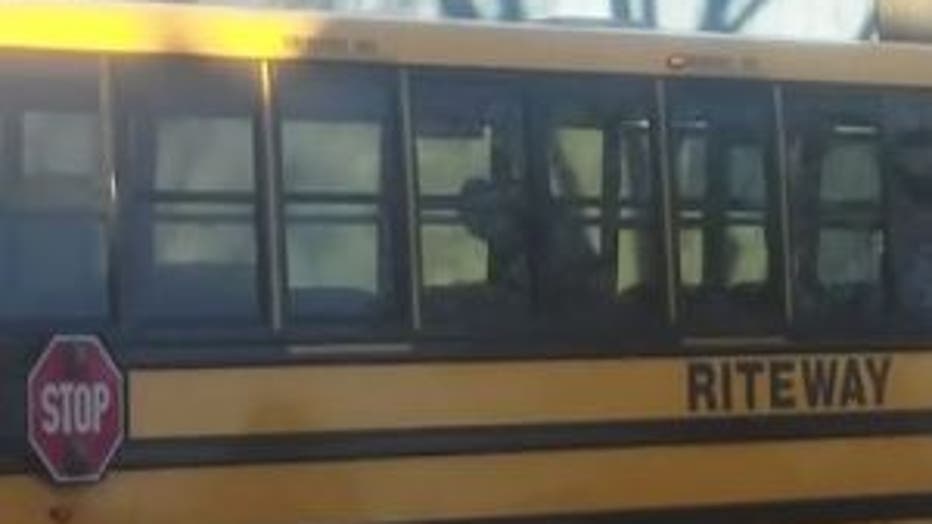 The woman who recorded the video tells FOX6 News prostitution is a huge problem in her neighborhood on Milwaukee's north side.

On Tuesday, the woman says a school bus stopped in front of her home, and the driver and a woman began taking off their clothes -- so this neighbor pulled out her phone and hit "record."

The neighbor asked that FOX6 News protect her identity.

This neighbor's son provided a bit of commentary as his mother recorded the school bus driver committing what would be his final acts on the job.

"I see the girl pull her pants down and he starts unbuckling his pants," the woman said. "On a school bus? Where y`all kids have to get on this bus?"

The woman says the bus driver and his partner stayed on the bus for a few more minutes -- and this neighbor then moved a bit closer with her cell phone.

"I walked the phone back toward the front of the bus, and he jumped in the driver seat and pulled off. The lady stayed on the bus with him," the neighbor said.

This woman says she's fed up -- because prostitution is a huge problem on her block near 18th and North.

"As far as with the shooting and the drugs, it`s getting better -- but the prostitution won`t go. It just won`t go," the woman said.

"I`ve just got word that we`ve done 13 sweeps this year on prostitution and things related to that," Alderman Stamper said.

The woman who recorded the video in this case reported the bus driver to Riteway.

The company issued the following statement to FOX6 News:

"(Tuesday) morning we were made aware of a complaint from a citizen who saw something he believed to be questionable taking place in one of our vehicles.  At the time of this event, the employee was not on a company assignment, but instead was using our vehicle without permission.

We are grateful that the citizen approached the vehicle, and as a result of our investigation, the employee has been terminated for violation of company policy.

We appreciate the cooperation of the public in reporting this incident and we encourage their continued cooperation in the future.

I appreciate your bringing this concern to our attention."

Police say an investigation into this incident is now underway. They are working to determine whether the other person on the bus was a prostitute, or even old enough to consent to sex.

Police say if there is a silver lining in this case, they've broken up drug and prostitution houses in the neighborhood which may have forced the driver in this case to use his bus.