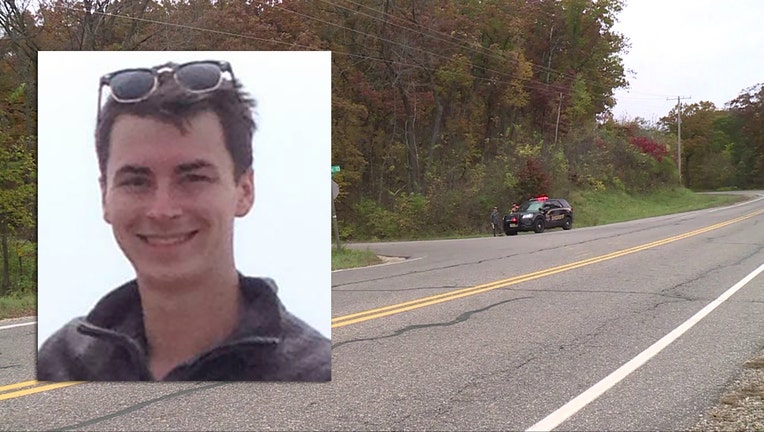 Authorities previously identified John Schmutzer, 24, of Wauwatosa as the victim of the fatal attack on the park's Grottos Trail that took place Oct. 14. A suspect remains sought in the ongoing investigation.

On Wednesday, the sheriff's office announced in a Facebook post that Schmutzer was hiking alone at the time of the attack. However, additional circumstances surrounding his death remain unknown.

Again, authorities asked for help from potential witnesses and visitors to the state park to recall events they may have witnessed around 11:30 a.m. on Oct. 14 as well as any unusual encounters with individuals in the days prior.

The sheriff's office said it is "concerned" that the attacker may be a danger to themselves or others and may be exhibiting signs of instability due to a stressful life event or mental health challenge.

Early in the investigation, the sheriff's office said the suspect is a man who was seen walking west on the trail toward the south shore parking lot. He was wearing dark-colored head and face coverings.

Additional descriptors and potential contributing factors that may have led to the suspect's behavior and the attack are listed on the sheriff's office Facebook page.

Anyone with information is asked to call 1-888-847-7285. Callers can remain anonymous, the sheriff's office said, and may be eligible for a reward through Sauk County Crime Stoppers.

The cause remains under investigation by the Sauk County Sheriff's Office and the Wisconsin Department of Natural Resources.

The man suspected in a homicide at Devil's Lake State Park is still at large, according to the Sauk County’s sheriff.