WASHINGTON — Pentagon officials say the U.S. commander in Afghanistan who ordered use of the "mother of all bombs" didn't need President Donald Trump's approval.

The officials say Gen. John Nicholson has standing authority to use the largest non-nuclear bomb ever dropped in combat. He had that authority before Trump took office.

The officials weren't authorized to speak publicly on the matter and requested anonymity. 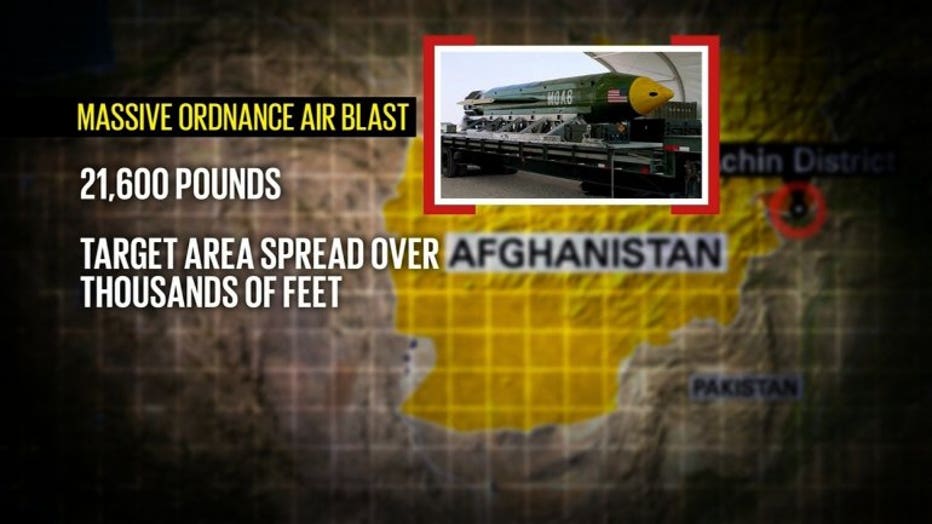 The US military has dropped an enormous bomb in Afghanistan, according to four US military officials with direct knowledge of the mission. A GBU-43/B Massive Ordnance Air Blast Bomb, nicknamed MOAB, was dropped at 7 p.m. local time Thursday, the sour

The Massive Ordnance Air Burst bomb, or MOAB, has attracted enormous attention. Its purpose was relatively mundane by military standards: destroy a tunnel complex used by Islamic State fighters in a remote mountainous area of Afghanistan.

The Air Force estimates each MOAB costs about $170,000 to build. It hasn't said how much it cost to develop the bomb or how many of them exist.