MINNEAPOLIS, Minn. -- The Minneapolis police officer who was seen on video kneeling on the neck of George Floyd, a handcuffed black man who died in custody after pleading that he could not breathe, was arrested Friday and charged with murder.

Hennepin County Attorney Mike Freeman said Derek Chauvin was charged with third-degree murder and manslaughter, after the office gathered enough evidence to prove the case beyond a reasonable doubt.

Freeman did not have immediate details, but said a criminal complaint would be made available later. The charges come after three days of protests, which had been escalating in violence.

THIS IS A BREAKING NEWS UPDATE. AP’s earlier story follows below.

The police officer seen on video kneeling on the neck of George Floyd, a handcuffed black man who died in custody after pleading that he could not breathe, was arrested Friday after three days of often-violent protests that resulted in fires and looting across parts of Minneapolis. 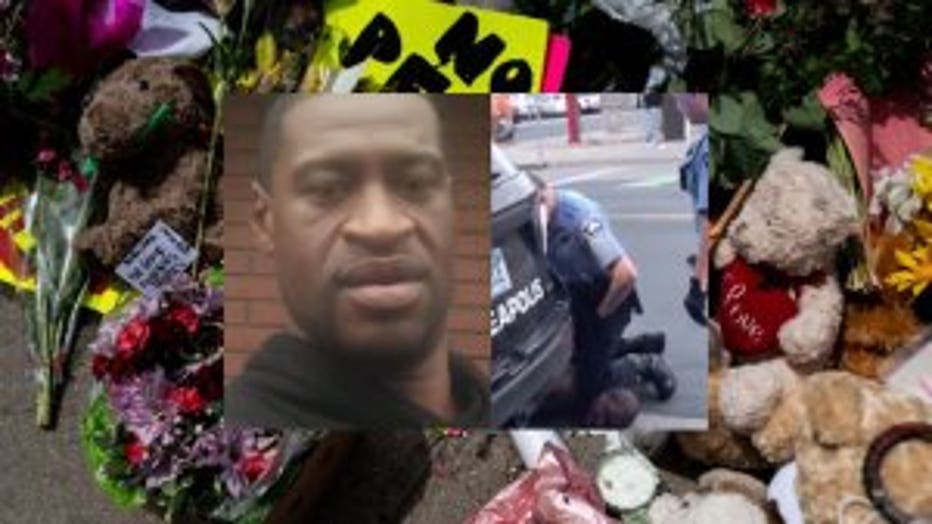 Public Safety Commissioner John Harrington said state investigators arrested Derek Chauvin, who was one of four officers fired this week, but he did not provide details. The state attorney who would oversee any prosecution on state charges, whose home was also the site of protests, was scheduled to provide an update later Friday.

News of the arrest came moments after Minnesota Gov. Tim Walz acknowledged the “abject failure” of the response to this week’s protests and called for swift justice for officers involved. Walz said the state would take over the response to the protests and that it’s time to show respect and dignity to those who are suffering.

“Minneapolis and St. Paul are on fire. The fire is still smoldering in our streets. The ashes are symbolic of decades and generations of pain, of anguish unheard,” Walz said, adding. “Now generations of pain is manifesting itself in front of the world — and the world is watching.”

The governor cited a call he received from a state senator who described her district “on fire, no police, no firefighters, no social control, constituents locked in houses wondering what they were going to do. That is an abject failure that cannot happen.”

His comments came the morning after protesters torched a police station that officers abandoned during a third night of violence. Livestream video showed protesters entering the building, where intentionally set fires activated smoke alarms and sprinklers. President Donald Trump threatened action, tweeting “when the looting starts, the shooting starts,” which prompted a warning from Twitter for “glorifying violence.”

The governor faced tough questions after National Guard leader Maj. Gen. Jon Jensen blamed a lack of clarity about the Guard’s mission for a slow response. Walz said the state was in a supporting role and that it was up to city leaders to run the situation. Walz said it became apparent as the 3rd Precinct was lost that the state had to step in, which happened at 12:05 a.m. Requests from the cities for resources “never came,” he said.

“You will not see that tonight, there will be no lack of leadership,” Walz said.

On Friday morning, nearly every building in the shopping district around the abandoned police station had been vandalized, burned or looted. National Guard members were in the area, with several of them lined up, keeping people away from the police station.

Dozens of volunteers swept up broken glass in the street, doing what they could to help.

Dean Hanson, 64, lives in a subsidized housing unit nearby, which is home to many older residents. He said his building lost electricity overnight, and residents were terrified as they watched mobs of people run around their neighborhood, with no apparent intervention.

“I can’t believe this is happening here,” he said.

Dozens of fires were also set in nearby St. Paul, where nearly 200 businesses were damaged or looted. Protests spread across the U.S., fueled by outrage over Floyd’s death, and years of violence against African Americans at the hands of police. Demonstrators clashed with officers in New York and blocked traffic in Columbus, Ohio, and Denver.

Trump threatened to bring Minneapolis “under control,” calling the protesters “thugs” and tweeting that "when the looting starts, the shooting starts.” The tweet drew another warning from Twitter, which said the comment violated the platform’s rules, but the company did not remove it.

Trump also blasted the “total lack of leadership” in Minneapolis.

A visibly tired and frustrated Minneapolis Mayor Jacob Frey made his first public appearance of the night early Friday at City Hall and took responsibility for evacuating the precinct, saying it had become too dangerous for officers. As Frey continued, a reporter cut across loudly with a question: “What's the plan here?”

“With regard to?” Frey responded. Then he added: “There is a lot of pain and anger right now in our city. I understand that ... What we have seen over the past several hours and past couple of nights here in terms of looting is unacceptable.”

He defended the city's lack of engagement with looters — only a handful of arrests across the first two nights of violence — and said, “We are doing absolutely everything that we can to keep the peace.” He said National Guard members were stationed in locations to help stem looting, including at banks, grocery stores and pharmacies.

The Minnesota State Patrol arrested a CNN television crew early Friday as the journalists reported on the unrest. While live on air, CNN reporter Omar Jimenez was handcuffed and led away. A producer and a photojournalist for CNN were also taken away in handcuffs.

The Minnesota State Patrol said the journalists were among four people arrested as troopers were “clearing the streets and restoring order," and they were released after being confirmed to be media members. CNN said on Twitter that the arrests were “a clear violation of their First Amendment rights." Walz publicly apologized on Friday.

Protests first erupted Tuesday, a day after Floyd's death in a confrontation with police captured on widely seen citizen video. In the footage, Floyd can be seen pleading as officer Derek Chauvin presses his knee against him. As minutes pass, Floyd slowly stops talking and moving.

Attorney Ben Crump, who is representing members of Floyd's family, called for an independent investigation, and said he asked to take custody of Floyd's body to have an independent autopsy performed. Floyd said that talk of a heart condition or asthma are irrelevant because Floyd was walking and breathing before his contact with police.

The doctor who will do the autopsy is Michael Baden, former chief medical examiner of New York City, who was hired to do an autopsy for Eric Garner as well.

Minutes after the precinct burned on Thursday, the Guard tweeted that it had activated more than 500 soldiers across the metro area. By Friday morning, a couple dozen Guard members armed with assault-style rifles blocked a street near a Target store that has sustained heavy damage by looters.

The Guard said a “key objective” was to make sure firefighters could respond to calls, and said in a follow-up tweet that soldiers would assist the Minneapolis Fire Department. But no move was made to put out the 3rd Precinct fire. Assistant Fire Chief Bryan Tyner said fire crews could not safely respond to blazes at the precinct station and some surrounding buildings.

Elsewhere in Minneapolis, thousands of peaceful demonstrators marched through the streets calling for justice.

About 10 protesters went to a Florida home believed to belong to Chauvin. The Orange County Sheriff's Office tweeted Friday that Chauvin was not at the residence and has no plans to be in the area.

In Louisville, Kentucky, police confirmed that at least seven people had been shot Thursday night as protesters demanded justice for Breonna Taylor, a black woman who was fatally shot by police in her home in March.

In Mississippi, the mayor of the community of Petal resisted calls to resign following his remarks about Floyd's death. Hal Marx, a Republican, asked on Twitter: “Why in the world would anyone choose to become a police officer in our society today?” In a follow-up tweet, he said he “didn’t see anything unreasonable."

The city on Thursday released a transcript of the 911 call that brought police to the grocery store where Floyd was arrested. The caller described someone paying with a counterfeit bill, with workers rushing outside to find the man sitting on a van. The caller described the man as “awfully drunk" and said he was "not in control of himself.”

Asked by the 911 operator whether the man was “under the influence of something,” the caller said: “Something like that, yes. He is not acting right.” Police said Floyd matched the caller’s description of the suspect.

Chauvin, the officer who knelt on Floyd's neck, was fired Tuesday, along with three other officers involved in the arrest.

The owner of a popular Latin nightclub said that Floyd and Chauvin both worked as security guards at the club as recently as the end of last year, but it’s not clear whether they worked together. Chauvin worked at the El Nuevo Rodeo club as an off-duty security guard for nearly two decades, but Floyd had only worked there more recently for about a dozen events that featured African-American music, Maya Santamaria told The Associated Press.

Santamaria said if Chauvin had recognized Floyd, “he might have given him a little more mercy.”

Santamaria, who sold the venue within the past two months, said Chauvin got along well with the regular Latino customers, but did not like to work the African-American nights. When he did, and there was a fight, he would spray people with mace and call for police backup and half-dozen squad cars would soon show up, something she felt was unjustified “overkill.”