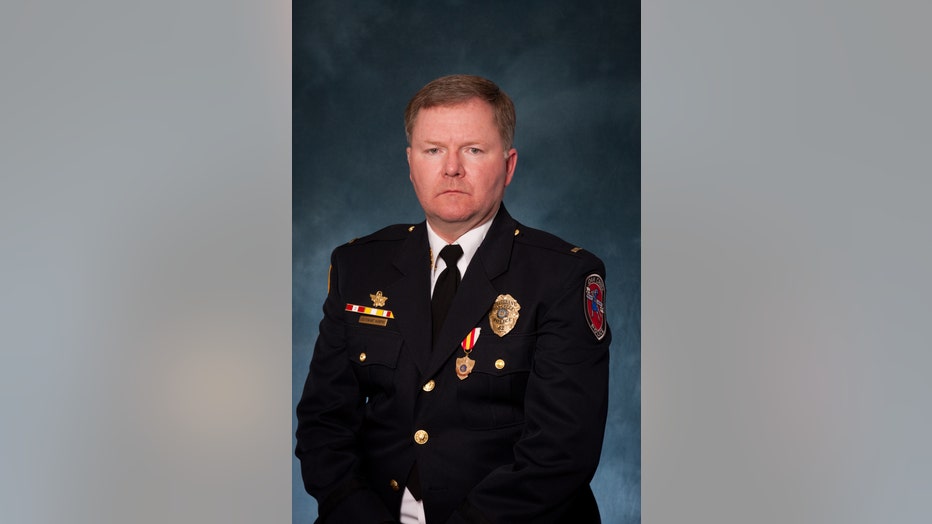 According to Chief Edwards, Lt. Murphy and his doctors determined that his recovery from the injuries he sustained in August 2012 during the Sikh Temple shooting are prohibiting him from resuming policing duties.

"I live with the limitations," Lt. Murphy told FOX6 News on Wednesday.

"Where he started, when these injuries occurred to where he is today, to think that he would be up and walking and talking and having a conversation with you is amazing," Chief Edwards said.

Lt. Murphy was shot 15 times by Wade Page on Sunday, August 5th. Lt. Murphy was the first to arrive at the Sikh Temple in Oak Creek that morning, and encountered Page in the Temple's parking lot.

"I have difficulty breathing. Gripping things is tough now. The pain in my legs in the winter is bad, but again, I'm fortunate," Lt. Murphy said.

Lt. Murphy was rushed to Froedtert Hospital in critical condition, where he would spend the next 12 hours in surgery and the next 18 days in the hospital. Lt. Murphy pulled through and became an inspirational figure — a symbol of resilience in the distressing aftermath of a mass shooting.

Lt. Murphy has received numerous honors for his actions that day. He was even mentioned in President Obama's State of the Union Address -- and sat in the gallery the night it was delivered.

“You grew up doing a job that you love to do and all of a sudden you have the President of the United States basically quoting you? You know, it’s always the opposite, so it was overwhelming, really. We had the opportunity to meet him shortly after, and I was towards the back of the line and when I met him, he shook my hand and he said, ‘Brian I just wanted to know I saved you for last because I wanted to leave the American people with your message.’ What kind of legacy is that?" Lt. Murphy said.

Lt. Murphy told FOX6 News in a recent one-on-one interview that though he was physically weakened by Page that August day, he is somehow spiritually stronger.

“I’m fortunate.  Other than losing the tip of my thumb, I’m whole, and more importantly, the inside of me is whole,” Lt. Murphy said.

Edwards says writing the resignation letter was tough for Lt. Murphy -- but Edwards says he knew this day was coming.

"He can't come out and say 'I'm going to try and get a retirement' because that's not what he's doing. He was trying to heal and get back to work," Chief Edwards said.

"To sit there and realize that something happened that will forever change your life in a positive way -- put the physical limitations aside -- to me I think I can't thank God enough, can't thank my sister enough for watching over me.  By all rights, I shouldn't be here," Lt. Murphy said.