Protesters aim to drown out President Trump in Oshkosh

FOX6 spoke with some of the protesters on the other side of the security line,&nbsp;and they said they wanted to make their message as clear&nbsp;and simple&nbsp;as possible: They don't&nbsp;want another four years of a Trump presidency.

OSHKOSH - Outside the hangar where President Donald Trump spoke in Oshkosh Monday, Aug. 17, the first day of the Democratic National Convention, protesters tried to drown him out.

Across the street from the airport, residents gathered to watch and listen. Meanwhile, protesters were locked out of the security perimeter, with Wisconsin State Patrol officials only allowing people living in nearby homes into the zone. 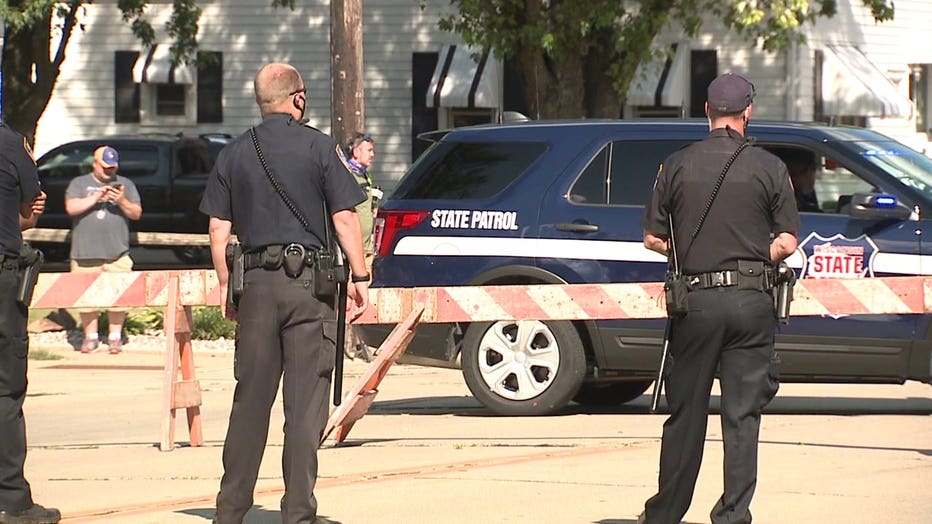 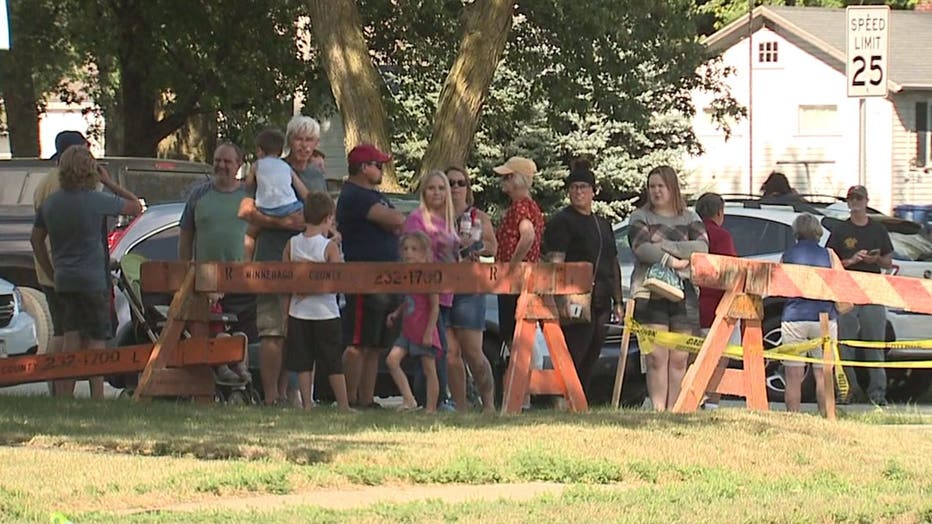 "We want to make a stand and say that the stuff he stands for, racism, war, homophobia, xenophobia, all that stuff, it's not welcome in this town," said Dan Pratt with United Action Oshkosh.

While things got loud in Oshkosh Monday, it didn't immediately appear as though anyone got out of line.

A handful of Trump supporters carried signs and shouted chants.

"It feels great!" said Mayson Taylor. "It knows that we have a lot of support, and the silent majority is stronger than ever. We're out here supporting the greatest president in the United States of America, who is here to save America, and not let the Democrats burn our city like we've seen in Minnesota." 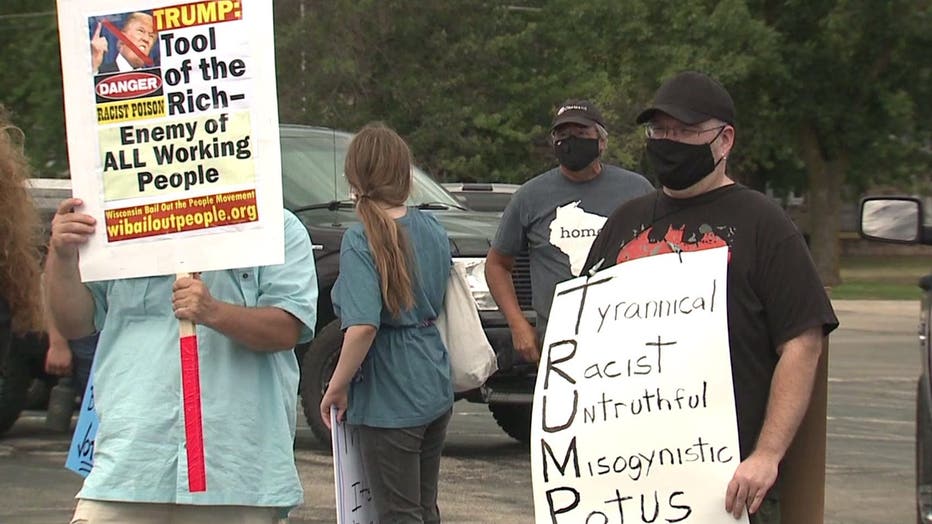 Protesters said they didn't come to fight -- but rather, to argue their perspective, and hopefully, change some minds.

"Really what we're protesting is his anti-immigrant rhetoric that he has had since his first campaign back in 2016," said Idalia Cervantes with Voces de La Frontera.

'Trying to eliminate our police:' Pres. Trump counters Biden with law and order message in Minnesota

On the tarmac in Minneapolis, President Trump addressed about 150 supporters, half of them wearing masks, who chanted “Four More Years.”

Not mentioned during the evening's remarks was the Democratic National Convention -- kicking off in Milwaukee Monday.