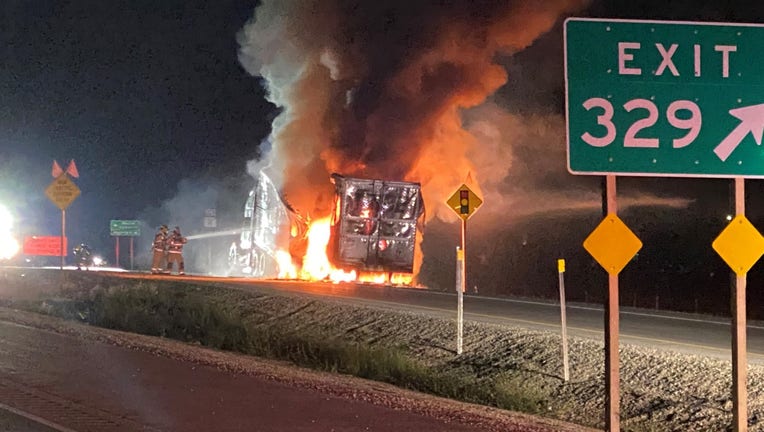 RACINE - A semi fire shut down two lanes on southbound I-94 and closed an off-ramp for CTH K in Racine County on Wednesday night, Aug. 12. It happened around 10:30 p.m.

When deputies arrived on the scene, the semi was fully semi-trailer was fully engulfed. The driver of the semi was out of the vehicle and not injured.

The semi was found to be carrying tubs of caramel for an ice cream maker. 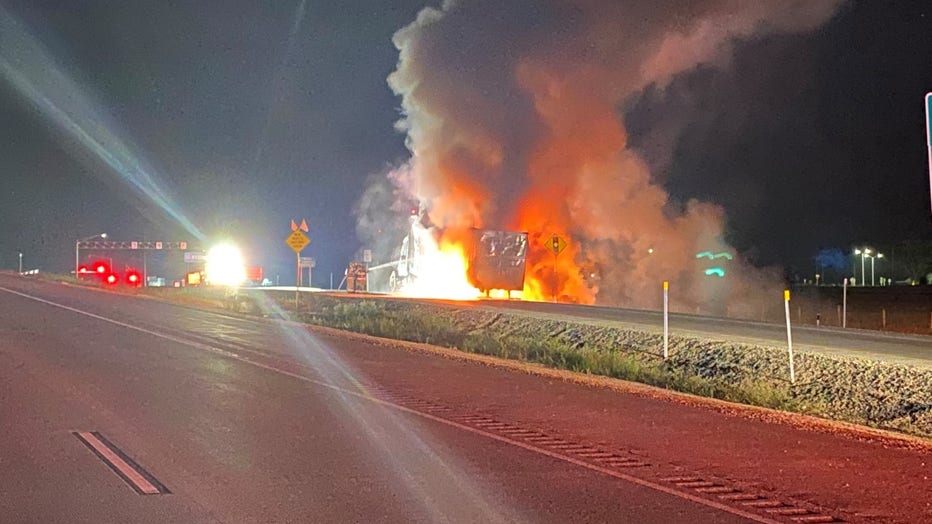 The off-ramp and two lanes of the interstate were shut down for approximately an hour while the fire was being extinguished.

The severely damaged semi-trailer had to be braced before it could be removed from the ramp. The ramp remains closed at this time as Racine County Highway Department is on scene removing the fire debris and cleaning the sticky caramel off the ramp.

The semi fire appears to have been started in the rear axles of the semitrailer due to a mechanical problem.