MILWAUKEE — Ruth loves popcorn. But she has to work for it, by blowing air with her trunk through a white pipe attached to a barrel above her head to push it out.

"Excellent sense of smell, so they know what's what," Milwaukee County Zoo director Chuck Wikenhauser said. "Whether it's popcorn in there, whether it's some other treat, they enjoy that."

It's one of the new enrichment activities for her and Brittany — both African elephants — as part of the zoo's elephant exhibit that opened this spring.

The upgrade, which cost $16.6 million, was created in part because of an effort to improve standards for elephants in zoos. The treatment of elephants has been at the center of a debate in recent years, including the use of elephants as circus animals. 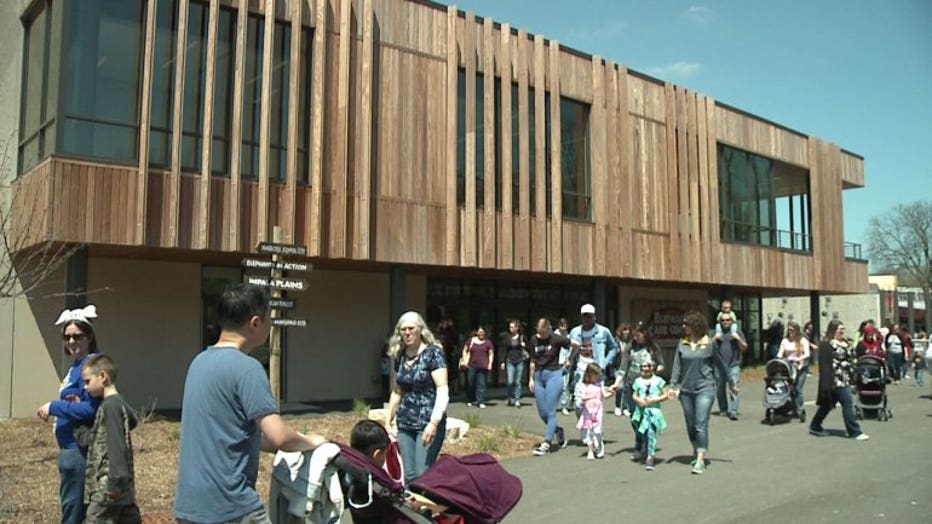 Animal welfare advocates don't believe elephants should be put in enclosures. But Wikenhauser says the animals are managed in "a scientifically designed manner with compassion."

"I think that circuses and zoos are totally different in the purpose," he said. "... Ours is based in education, conservation, scientific advancement."

The elephants are a favorite, so the zoo in Milwaukee and its supporters thought investing in the exhibit was worth it. The Zoological Society of Milwaukee raised half the cost within the community. 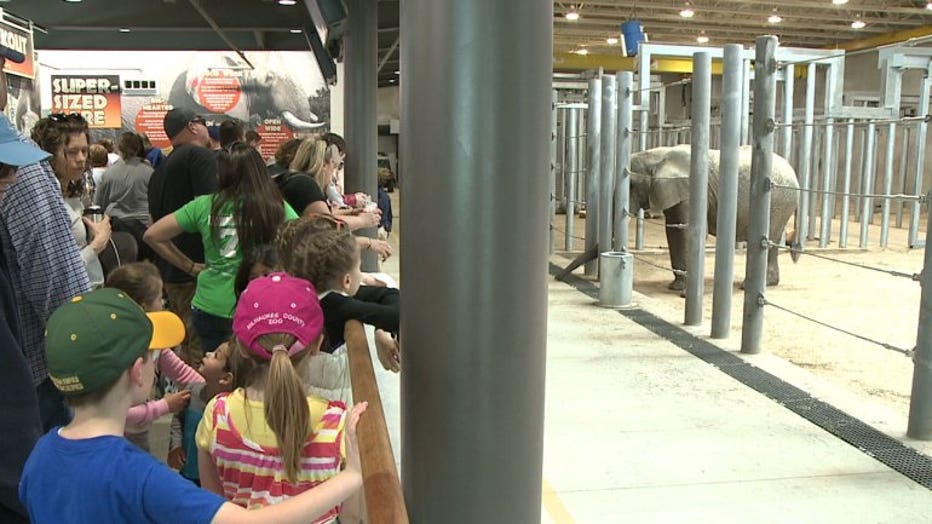 "I think our community said 'What's a zoo without elephants?' and they were absolutely committed to making sure we could have and keep elephants here at the Milwaukee County Zoo," said Jodi Gibson, president of the Zoological Society of Milwaukee.

But of the 236 U.S. accredited zoos, only 62 hold elephants, according to the Association of Zoos and Aquariums, or AZA. That's down from 77 elephants 15 years ago.

Part of the reason is that AZA, which sets zoo care standards, instituted specific requirements for elephants in 2011, according to AZA spokesman Rob Vernon. Some zoos were unable to afford the requirements, which included putting barriers between keepers and elephants. 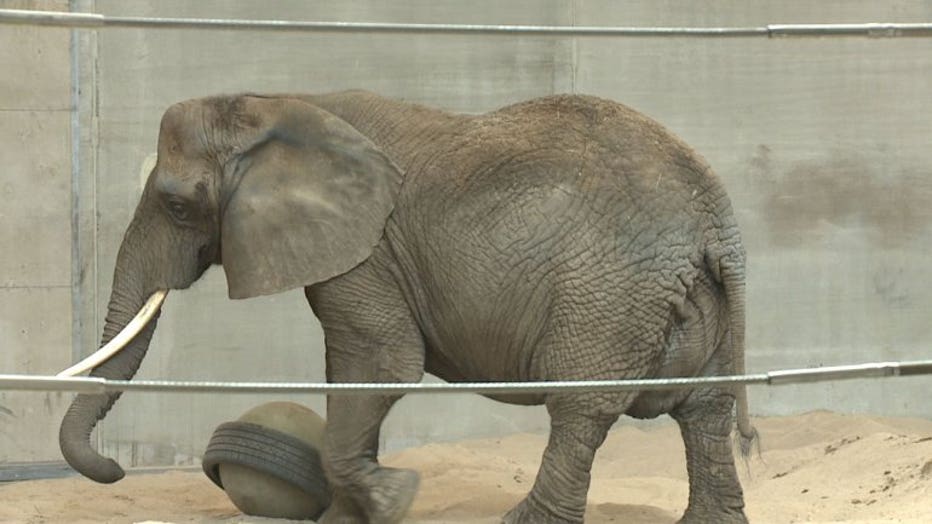 The standards also require zoos to have at least three elephants for their psychological comfort — the Milwaukee zoo is still working on finding more — along with specific guidelines for physical and psychological stimulation, and barriers between elephants and caretakers for their safety.

"It is the quality of the overall programmatic approach to good elephant management and the quality of the space from an elephant perspective that determines adequacy of the facility, not simply the square footage of the environment," according to the standards.

Vernon said there were general guidelines for dealing with all animals before 2011, but the decision to make a special set of requirements for elephants was due to zoo officials, researchers and scientists believing "that the methods of caring for them should advance along with the science."

In Milwaukee, the outdoor area is now 1.6 acres — four times as big as the elephants' entire previous enclosure. The new space has high-hanging devices, with hay, so they can exercise their trunks. There's also a wall with holes that allows them to get food rewards.

There are sand and padded floors inside, a watering hole and a self-activating shower.

"Captivity will never be state-of-the-art, much as we try — and believe me I've been trying for a long time to get it right," said Stewart, founder of the Performing Animal Welfare Society.

Stephanie Goldstein visited the zoo with her husband and 2-year-old son while visiting Milwaukee from Kingston, New York. She said she liked that the new exhibit was so big.

"I don't want my son to only see elephants as a picture in a book," she said.