The report uses recorded traffic data to measure the extra time motorists must plan into their trip to be assured of consistent on-time arrival at their destination during congested travel periods. Segments with high multiples of peak vs. normal travel time are considered “unreliable.” 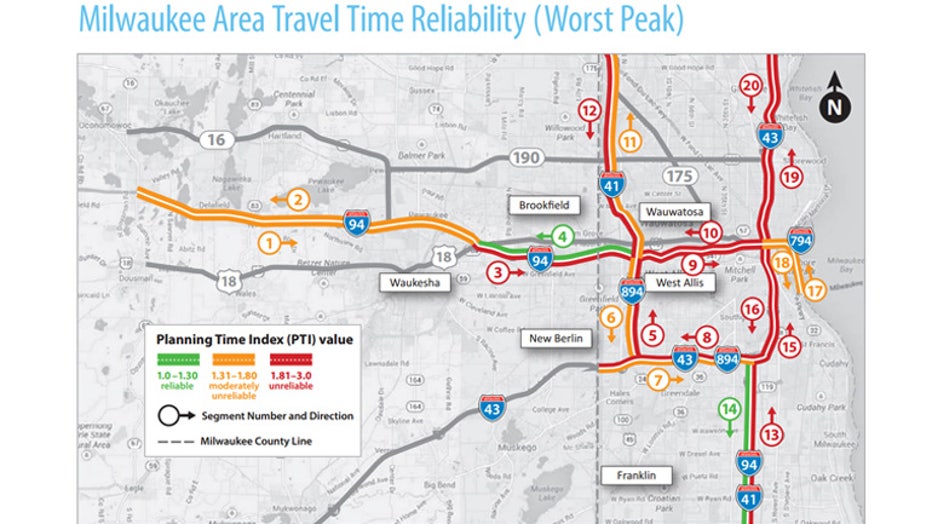 Delays and their costs are significant. During a one year period, drivers in Wisconsin experienced a total of 12.4 million hours of traffic delay, with a corresponding cost of $387 million.  Hours of delay increased 2.8 million hours during the 2015 fall quarter compared to the 2014 fall quarter.

The addition of I-41 to the delay measure added 132 miles of Interstate to the total reported mileage and accounts for about 46 percent of the increase in delay; the I-41 corridor currently has four improvement projects.

WisDOT is proposing improvements to relieve congestion on two of the most congested segments in the Milwaukee region: I-94 between the Marquette Interchange and the Zoo Interchange, and I-43 between Glendale and Grafton.