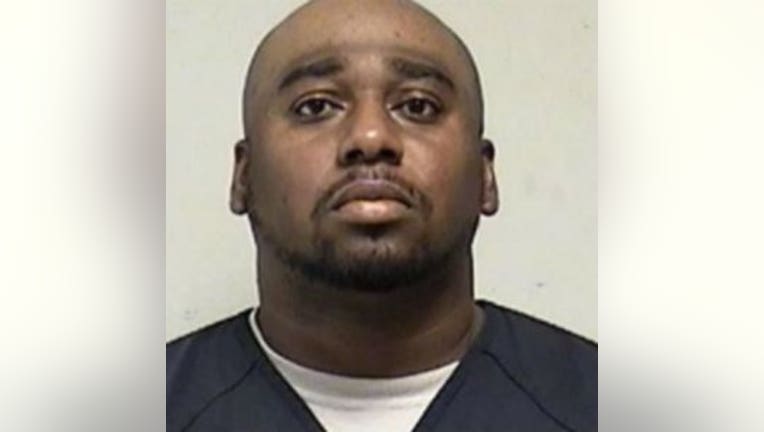 MILWAUKEE -- A new seven-count federal indictment was filed Oct. 8 against Vaun/Van Mayes, a community activist in Milwaukee. This, in connection with the August 2016 unrest in the city in the wake of the fatal officer-involved shooting of Sylville Smith. Mayes was previously indicted in July 2018 and pleaded not guilty to three counts.

Below are details on how each of the seven counts was described in the indictment:

Mayes conspired with others, known and unknown, to maliciously damage, by means of fire and use of a destructive device a Milwaukee Police Department District Station, and two residences in West Allis.

Mayes used facilities of interstate commerce, that is a cellphone, and during the course of such use, performed an overt act with the intent and purpose of carrying on a riot and to commit an act of violence in furtherance of a riot. Prosecutors said Mayes "used a cellphone to encourage others to riot and to coordinate the making of destructive devices to be used to firebomb" a Milwaukee Police Department District Station and residences in West Allis.

Mayes taught and demonstrated to other persons, including juveniles, the use, application, and making of Molotov cocktails, explosive devices capable of causing injury and death, knowing and intending that such devices would be used in furtherance of a civil disorder, which in any way and degree would obstruct, delay, and adversely affect interstate commerce and the functioning of the federally-protected Milwaukee Police Department.

Mayes and others, known and unknown, knowingly and intentionally combined and conspired to intimidate, threaten, and corruptly persuade witnesses to the activities described in Counts 1, 2, and 4 by instructing witnesses to create a false and common story to be communicated to law enforcement and by threatening to expose witnesses who were cooperating with law enforcement with the intent to hinder, delay, and prevent communication to officials with the United States Bureau of Alcohol, Tobacco, and Firearms of information relating to the commission of a federal offense, including those described in Counts 1, 2, and 4.

Mayes knowing he previously had been convicted of a crime punishable by imprisonment for a term exceeding one year, knowingly possessed a firearm, which, prior to his possession of it, had been transported in interstate commerce -- with the firearm described as a glass bottle filled with gasoline and a fabric wick, known as a Molotov cocktail.

Mayes knowingly made a National Firearms Act firearm -- a glass bottle filled with gasoline and a fabric wick, commonly known as a Molotov cocktail. 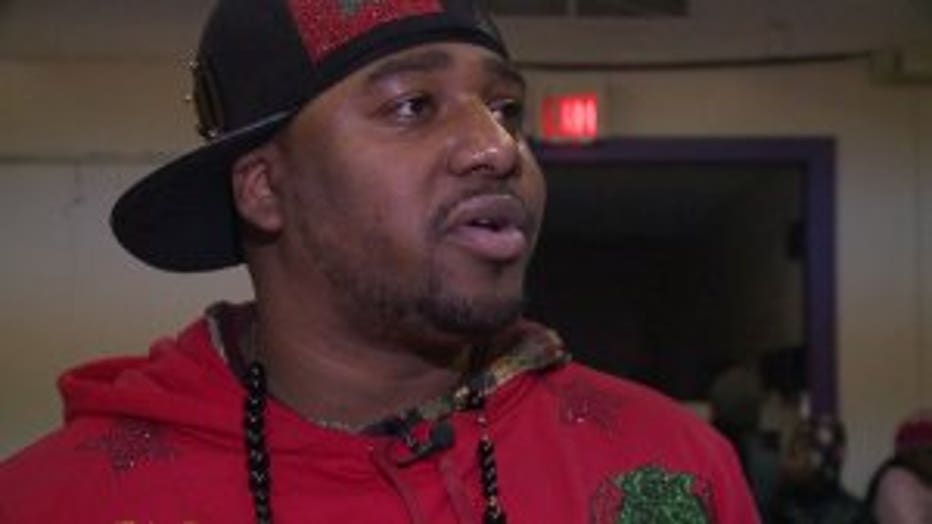 The complaint alleged Mayes and others planned to firebomb the Milwaukee Police Department’s District Seven police station during the Sherman Park rioting in August 2016. According to the complaint, Mayes and others pursued the plan by manufacturing Molotov cocktails in glass bottles that contained gasoline with a fabric wick inserted into the opening. The firebombing ultimately did not occur.

The federal criminal complaint noted that on Aug. 13 and 14, 2016, there was widespread arson, rioting, and looting in the area surrounding Sherman Park, which was, in part, a response to the officer-involved shooting of Sylville Smith by former MPD Officer Dominique Heaggan-Brown, which happened near 44th and Auer. 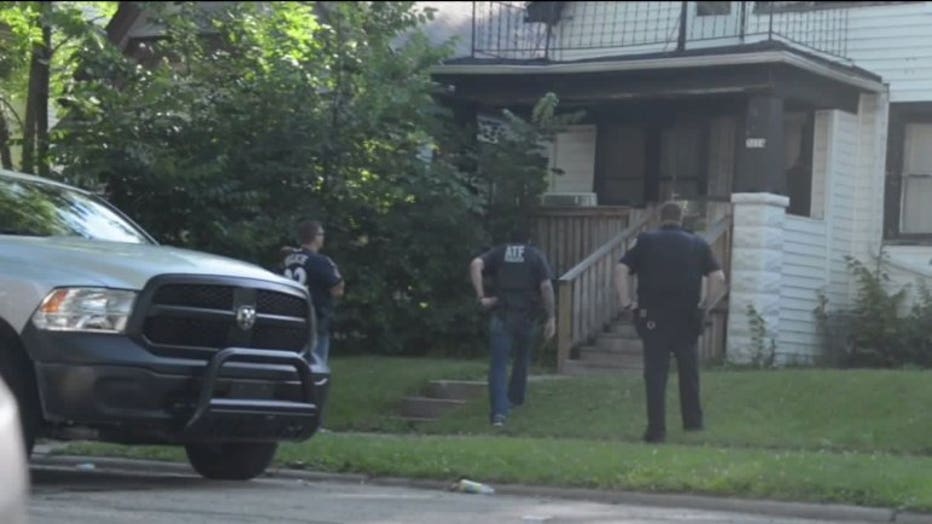 The complaint said an investigation revealed "several individuals, including Mayes, conspired and attempted to use Molotov cocktails to firebomb" MPD's District 7 near 36th and Fond du Lac.

On Aug. 23, 2016, ATF officials learned of Molotov cocktails located in a dumpster on Sherman Boulevard, and inside the dumpster, investigators found a cardboard box containing 10 glass bottles filled with gasoline, with a dark-colored wick in the openings -- identified as Molotov cocktails.

Mayes was developed as a person of interest, and the complaint said a search warrant was executed at his home -- where officials found Seagram's Escape Wine Cooler and Everfresh Juice bottles, matching those found in the dumpster. 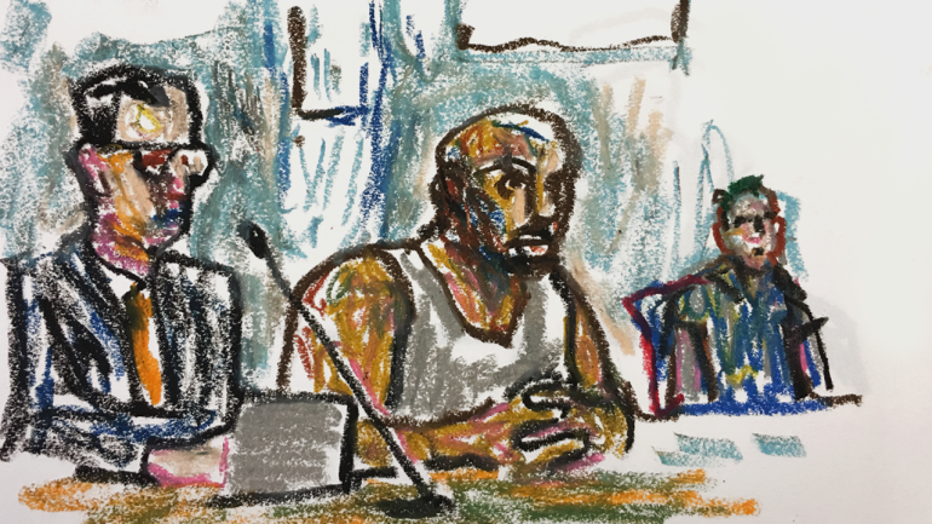 On Aug. 30, 2016, another search warrant was executed at an apartment on Sherman Boulevard, and officials found evidence of Molotov cocktails, including fabric consistent with that found in the cocktails, empty gas cans, Mike's Hard Lemonade bottles and Seagram's Escape and Mistic Juice bottle caps -- consistent with the types of bottles used to construct the cocktails.

Mayes was informed on Sept. 20, 2016 that the bottles that came from his home may have been used to manufacture Molotov cocktails. The complaint said he indicated "his DNA would be on them," and he indicated he drank from Everfresh Juice and Seagram's Escape bottles.

The complaint noted that information was developed by investigators that Mayes was coordinator of "Program the Parks" -- an organization focused on mentoring for Sherman Park teenagers.

According to the complaint, after the rioting, on Aug. 15, 2016, Mayes and others met near the burned BP gas station in Sherman Park "and discussed firebombing the police station" near 36th and Fond du Lac. They agreed to meet at an apartment on Sherman Boulevard "to further the plan." The complaint said Mayes brought gas cans and glass bottles to the location and Mayes and others "began to manufacture the Molotov cocktails." An individual told investigators "a black coat was ripped and used for the wicks." The cocktails were placed in a cardboard box, and the individual said Sherman Park teenagers were being organized and told about the plan to firebomb the police station. It never happened, the complaint said, because one person involved "thought too many people knew of the plan."

The complaint said in February 2017, the winter after the unrest, there was a group of adults and teens on Sherman Boulevard and a person was asked "whether he would throw rocks at police so others could firebomb the police station with the cocktails." The adults "voted not to firebomb that police station that night." One of the individuals present said they saw rocks and the cocktails placed into a vehicle.

Also in February, during a meeting to discuss some of the events that followed the fires on Aug. 15, 2016, one person told another that police recovered Molotov cocktails and gas cans from Sherman Boulevard, and it was said that "they covered up the gas cans by saying they were used for a generator."

According to the complaint, in November of 2016, three months after the unrest, an individual said after the shooting of Sylville Smith, they heard Mayes say that Smith "needs justice." During the gathering on Aug. 15, 2016 at Sherman Park, this person said they saw Mayes sitting next to a black fabric bag filled with rocks, with empty bottles sitting next to him. The individuals said Mayes was wearing gloves and filling the bottles with gasoline, dripping ripped shirts into a bowl of gasoline and placing the soaked fabric into the tops of the bottles, as adults "discussed a plan to firebomb the MPD district police station." The individuals said a group drove by the police station and saw police on the roof. They then went back to Sherman Boulevard and "told the others that police were ready for them," but due to the heavy police presence, "they decided against attacking the police station that night."

The complaint said some of the youth who participated in Mayes' Program the Parks were present for the cocktail manufacturing and were asked to throw rocks at police.

Investigators found "several videos" recorded by Mayes during the rioting on Aug. 13 and 14, 2016 in Mayes' home, the complaint said.

In one, the complaint said Mayes was heard saying: "Where the rocks at? Who got the rocks? (Expletive) you all, punk (expletive) cops. Getting they (expletive) rocked."

In a third video, the complaint said Mayes recorded a group of individuals damaging a police squad during the rioting.

ATF agents also viewed videos posted to Mayes' Facebook account. In one, prosecutors said Mayes could be seen walking near Fond du Lac and Burleigh, and he stated that the Milwaukee rioting, "Turned into Baltimore. It turned into Ferguson, and it was necessary." He is also heard describing the MPD station at 36th and Fond du Lac as, "One of the worst police departments."

The next day, on Aug. 15, 2016, the complaint said Mayes posted a collage of photos to his Facebook page of Heaggan-Brown, with this statement: "Officer Dominique Heaggan-Brown killed #SylvilleSmith. Y'all know what to do. Let's get this out!!! (Expletive) #FTP," an acronym for (expletive) the police."

Later that night, the complaint said he posted video to Facebook in which he announced to people walking near Sherman Park, "It's about to get real. Y'all are leaving. Y'all ain't going to see how real it's going to get."

Prosecutors said Mayes' cellphone was located in the area where the Molotov cocktails were being manufactured when that was happening.

The complaint noted that Mayes is prohibited from possessing firearms because he has a felony conviction out of Milwaukee County from 2005 for driving or operating a vehicle without consent.