Fauci said he would feel confident attending a packed baseball game if he knew at least 95% of the fans were vaccinated.

The NBA on Wednesday announced a new partnership that will make COVID-19 health screening technology available to all 30 teams and their arenas — part of the effort to welcome more fans back to NBA venues across the U.S.

The partnership with CLEAR, a biometric screening company already in several airports and stadiums nationwide, will allow NBA teams to use its Health Pass mobile program. It offers a combination of COVID-19 health-related information, such as test results and an individual’s vaccination record, to help reduce public health risk in the large arenas.

A third of the league’s teams already use CLEAR’s Health Pass technology for their employee or fan safety protocols, the NBA said. Teams are not required to use the program.

As more and more Americans get vaccinated against COVID-19, the new partnership is expected to help NBA arenas return to full capacity next season, as well as welcome additional fans this season, according to ESPN, citing league sources.

Several NBA teams currently allow a limited number of fans to attend games, though the capacity limits vary by state. In February, the Phoenix Suns increased capacity at games to 3,000 fans, while the Indiana Pacers have gradually increased to roughly 4,5000 fans or 25% capacity. 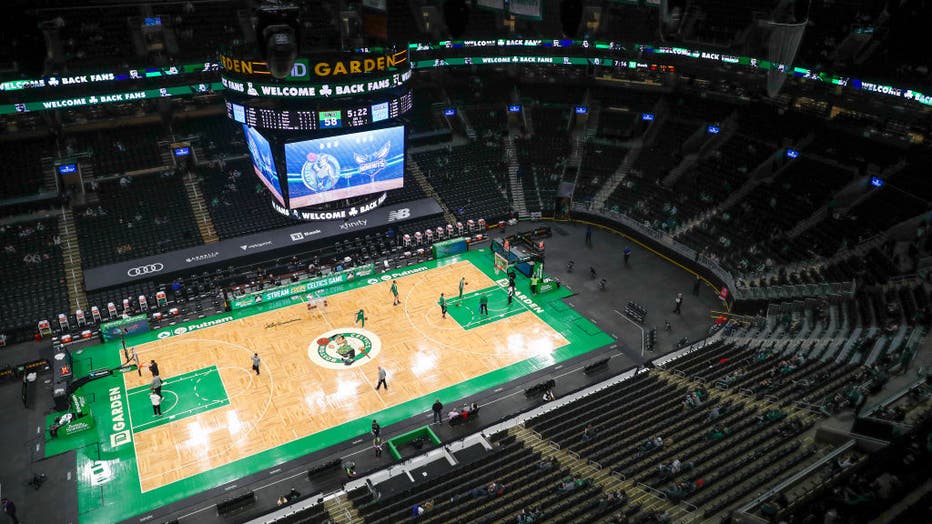 FILE - A general view of the fans now back at reduced capacity TD Garden between the Boston Celtics and the Charlotte Hornets on April 4, 2021 in Boston, Massachusetts. (Photo by Adam Glanzman/Getty Images)

"CLEAR's Health Pass is an innovative technology that can further enhance the league's health and safety protocols at arenas and the wellbeing of those who attend NBA games," Dan Rossomondo, NBA's senior vice president of media and business development, said in a statement.

Health Pass is used by several other organizations, such as teams across other major league sports, MGM Resorts and the state of Hawaii, the company said.