A U.S. Navy aircraft with three people aboard crashed in waters near the Eastern Shore boundary of Virginia and Maryland on Wednesday evening, killing one, authorities said.

Lt. Cmdr. Rob Myers, a public affairs officer with Naval Air Force Atlantic, told The Associated Press the plane was conducting routine flight operations in the vicinity of Wallops Island, Virginia, when it went down around 7:30 p.m.

Navy officials are investigating the cause of an aircraft crash off the Virginia coast that killed a one person and injured two others.

Two injured people were rescued by the U.S. Coast Guard and one was found dead in the aircraft, U.S. Navy E2-D Hawkeye, Myers said.

On Friday, the victim killed in the crash was identified as Lt. Hyrum Hanlon. Hanlon joined the Navy in 2017 and was assigned to Airborne Command and Control Squadron (VAW) 120. 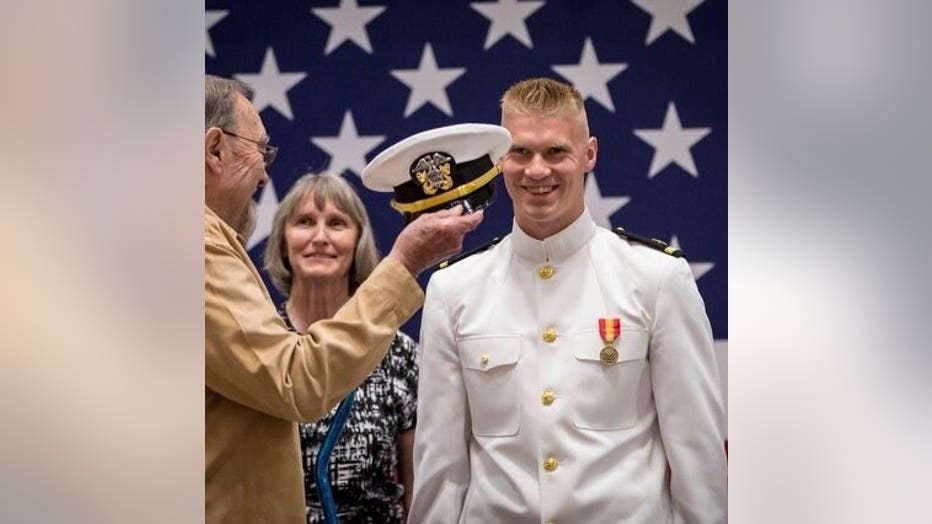 "It takes a courageous and patriotic person to devote their life to the selflessness of serving in the armed forces," said Cmdr. Martin Fentress Jr., Hanlon's commanding officer.

"Hyrum embodied those characteristics and will be truly missed by his family and the Hawkeye community. We sincerely appreciate the public respecting the family’s privacy during this difficult time as they mourn his loss."

Navy officials say recovery efforts to get the aircraft out of the water are ongoing.

The plane, an advanced tactical airborne early warning aircraft, is based out of Naval Station Norfolk and assigned to an East Coast Airborne Command and Control Squadron.