ELLSWORTH — A National Weather Service crew was surveying damage Thursday, June 29th from a tornado in northwestern Wisconsin that injured one person when a barn collapsed.

Weather service meteorologist Michelle Margraf said the tornado struck about 4:30 p.m. Wednesday east of River Falls in Pierce County. The twister damaged several homes, churned up large trees at their roots and flipped vehicles on their side near Martel, an area that sustained most of the damage.

The injured person was taken to a hospital, but there's no condition report, Pierce County Emergency Manager Gary Brown said.

Margraf said another tornado touchdown was reported by law enforcement to the north near Siren in Burnett County about 5:00 p.m. The tornado damaged a barn and trees.

Other touchdowns were reported between 6:30 p.m. and 7:00 p.m. near Dover and Chester in Olmsted County, Minnesota. Margraf says those touchdowns were brief and caused minimal tree damage. 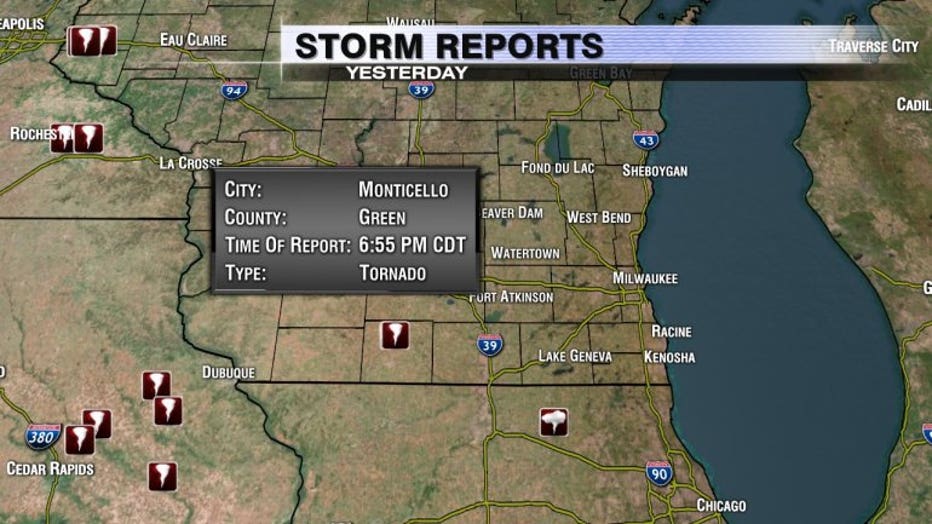