According to the National Weather Service, one tornado hit near Monticello, and was a "short-lived tornado." It impacted Faith Engineering. Two buildings sustained roof damage, and windows were broken. 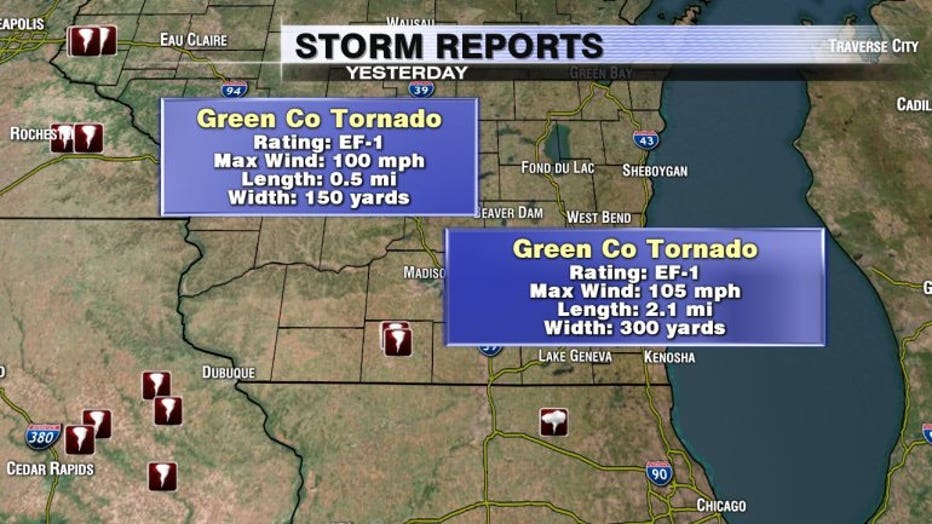 Additionally, a trailer was flipped, NWS officials said, and multiple trees were either snapped or uprooted. A dumpster was lifted and blown across Highway 69.

This tornado had maximum wind speeds of 100 miles-per-hour, and it was on the ground for half a mile. It was 150 yards wide.

Along the path, a barn and pole shed were destroyed, four homes sustained damage, four power poles were snapped, numerous trees were snapped or uprooted and a camper was rolled into a pond.

This tornado had maximum wind speeds of 105 miles-per-hour, and it was on the ground for approximately 2.1 miles. It was 300 yards wide.

The FOX6 Weather Experts noted it's possible this was a case where a tornado hit the ground, lifted, and then hit the ground again.