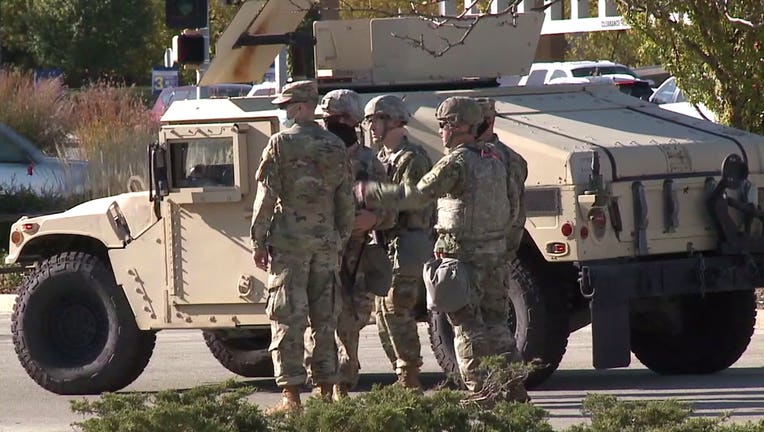 WAUWATOSA, Wis. - The Wisconsin National Guard on Wednesday, Oct. 14 announced that it has concluded its mission to support local law enforcement efforts to curtail unlawful activity in Wauwatosa.

The troops served in a "state active duty" status in a supporting role to local law enforcement in an effort to help preserve public safety.

The National Guard was not the lead agency in this response, and while the troops remained under the command and control of the National Guard’s chain of command, they served in direct support of local officials and did not operate autonomously.

The National Guard remains ready and committed to assisting in Wauwatosa or any other community if future needs arise and local authorities request the Guard’s assistance.

Police and protesters clashed Tuesday night, Oct. 13 in Wauwatosa. Witnesses say it happened near 65th and Meinecke around 8 p.m.