Americans drink more alcohol now than they did 100 years ago

Drinking in America is not only on the rise, but at a higher level now then when the substance was banned a century ago.

Americans from coast to coast are raising their glasses for National Drink Wine Day on Friday, Feb. 18, 2022.

Though details surrounding the origin of National Drink Wine Day are a bit murky, that shouldn't stem your enthusiasm.

"I just really enjoy a glass of wine," McCalla told Fox News Digital on Friday by phone about his motivation for starting the holiday some 15 years ago.

His personal favorites are Malbec and Tempranillo.

"It’s been a fun journey," he said, noting that he particularly enjoys receiving calls from his mother when she’s heard or read news coverage about the holiday he started.

McCalla, who splits his time between Tennessee and Arizona, is not in the wine business himself — but he has a friend who buys and sells old wines, he said.

The single 44-year-old makes his living in real estate and internet-based ventures. McCalla’s plans for celebrating the day include going to lunch with a friend and heading to the mountains for a weekend event.

Below are some fun facts and figures to uncork in the spirit(s) of National Drink Wine Day. 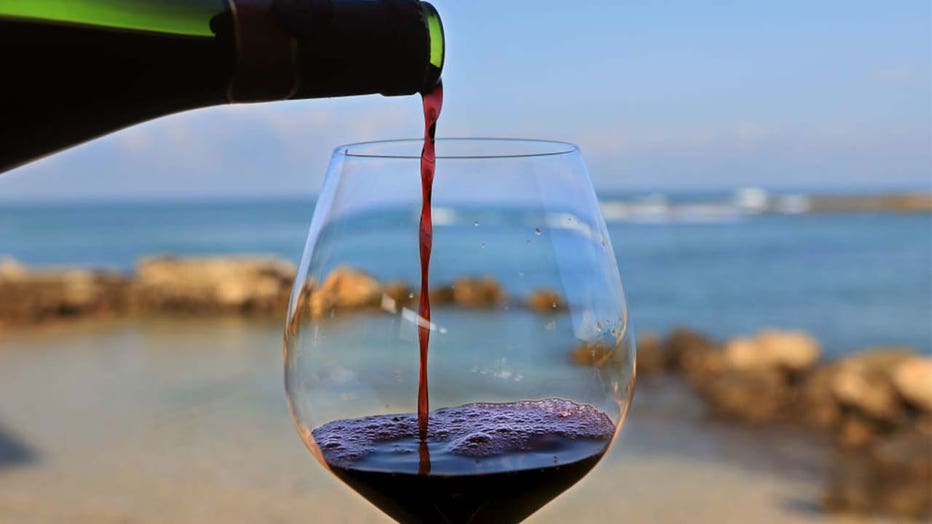 FILE - Red wine is served at a restaurant.

770,322,162
The number of wine gallons produced by U.S. wineries in 2020. That's according to the February 2022 report from the Treasury Dept.’s Alcohol and Tobacco Tax and Trade Bureau’s Competition in the Markets for Beer, Wine and Spirits. The same report says the top 14 wineries produced 418,281,881 gallons.

895,000
The total number of California’s grape acreage in 2020. That's according to the California Dept. of Food and Agriculture’s California Grape Acreage Report, 2020 Summary. The leading wine type varieties, according to the same report, were Chardonnay and Cabernet Sauvignon.

$147,413
The maximum price of a bottle of the world’s most expensive wine, Domaine Leroy Musigny Grand Cru (per standard bottle of 750ml). That same wine's average reported price is $43,610.

To be included on Wine-Searcher.com’s list of the world’s most expensive wines, by the way, a wine must have "at least 5 offers spanning at least four vintages (two of which must have been in the last 10 years)." The website’s list was last updated on 2/2/22. FILE - Bottles of white wine inside a supermarket. (Waldo Swiegers/Bloomberg via Getty Images)

$558,000
Price of the most expensive bottle of wine ever sold, at a Sotheby’s auction in 2018, according to Wine Spectator magazine. The prize was a 750ml bottle of Domaine de la Romanée-Conti 1945.

11,053
Number of U.S. wineries, according to Statista’s figures on the U.S. wine market as of November 2021. The same outlet says 4,763 of those wineries are in California.

21
The national minimum legal drinking age (MLDA) in the U.S., which was established in 1984. States that bumped the age to 21 to comply with the MLDA saw a 16% median decline in motor vehicle crashes, according to the CDC.

RELATED: ‘No amount’ of alcohol is good for the heart, World Heart Federation says

3.09 gallons
Total wine consumption per U.S. resident per year, approximately, according to Wine Institute’s 2020 estimates. This per capita estimate is based on Census Bureau figures. The organization says the estimate would be higher if it were based on legal drinking age population.

1 billion
The number of gallons of wine consumed collectively by U.S. residents in 2020, per Wine Institute, estimates.